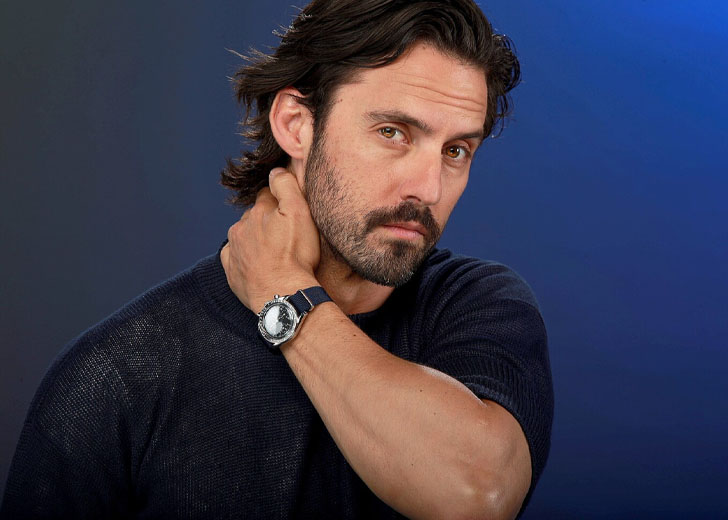 Milo Ventimiglia has been on top of his game ever since he rose to fame. But, with the rising fame, he has become more private about his life, especially his personal life.

Fans of the American actor have been wondering for a long time if Ventimiglia has a girlfriend or is he single.

The answer to that question remains quite simple: his present relationship status is unknown. Additionally, it’s possible that he is not dating anyone as of this moment.

Ventimiglia has been one of the notoriously private actors in Hollywood, with the actor sharing little to no information on his romantic life. He is also less active on social media platforms and hasn’t hinted at a relationship.

Furthermore, one of the main reasons it’s presumed he is single is because of what he said during one of his interviews.

In May 2021, the This Is Us star gave an exclusive interview with Haute Living Magazine, where he opened up a little about why he doesn’t have a partner.

And the reason is his acting career always comes first to him. He said, “Everything is second position to work — everything. I’ve had friendships and relationships that definitely had a hard time with that.”

“I’d get home from work, and a girlfriend would want to spend time together, and I’d have to make sure I did spend time with her, sit down and eat, maybe turn on a movie for 20 minutes.”

“But when my bowl is empty, I’ve got to go into my office and close the door and work for another two hours so my lines are spot on and I’m ready to be on set the next day, so I’m not wasting time for the crew.”

As Ventimiglia went on, he said that a person has to dedicate themselves to it [career] in a greater way, and while doing so, some things are going to be sacrificed so that others can run concurrently.

Due to these reasons, the actor gets it when the situation is flipped and doesn’t get upset when a friend cancels a plan or date has to be postponed.

He continued, “This has very much led me to be accepting when friends and romantic relationships have things that are important to them. It’s like, ‘Yeah, go do that, I understand.’ You have to give someone room to live their life to their fullest, and hopefully, those two lives can just run on the same track.”

Milo Ventimiglia during his hike in Switzerland (Photo: Instagram)

This statement from Ventimiglia clearly shows how much his career means to him. And, it seems like until he is done with his career, he probably wouldn’t think much about love and relationships.

Milo Ventimiglia has lots of praise for his on-screen wife

Although Ventimiglia might not be married in real life, he perfectly portrayed the role of Jack Pearson in This Is Us TV show, where his character is a husband to Rebecca Pearson – played by actress Mandy Moore.

Ventimiglia and Moore started playing the roles of a husband and wife duo when the show first aired on September 20, 2016. Since then, the viewers have been seeing the duo win their hearts.

Recently, while speaking to E! News ahead of This Is Us‘ sixth and final season in January 2022, the actor praised the person who plays his on-screen wife.

He said, “I remember saying to her [Mandy] that I’m not going to be happy unless you’re happy. That’s been the consistent thread for Mandy and I, we both just invest so much. We communicate so much.”

“I just think the world of her. She’s wonderful,” Ventimiglia added. After that, he said that Moore is incredibly and naturally talented. “She’s very connected to what she does. She works incredibly hard.”

He continued his praise for her and said, “I’m always inspired by Mandy. She puts a lot of effort into the work. But when the work is done, she leaves it in a studio. She walks away from it.”

“And she’s… passionate about something else: Her family, her music, her friends, giving back to the community. She’s a very inspirational woman.”

While Ventimiglia might not have a girlfriend now, he surely did have a few significant others in the past.

His first relationship dates back to 2001, when he starred in The CW show titled Gilmore Girls. There, he met actress Alexis Bledel, who portrayed the role of Ventimiglia’s love interest in the show.

The two stars eventually started dating in 2002, and their relationship lasted for four years. They broke up in 2006 due to undisclosed reasons. Although separated, the former flames worked together in Netflix’s revival of Gilmore Girls: A Year In The Life in 2016.

Additionally, the actor has a lot of respect for his ex-girlfriend’s acting skills. When she won an Emmy for The Handmaid’s Tale in 2017, he told The Daily Dish, “I’m very happy for her. She’s always been a great actor, and I think as long as she’s been in the business for her to be recognized.”

After Ventimiglia’s split with Bledel, he once again fell in love with another of his co-star. The show was NBC’s Heroes, and the actress was Hayden Panettiere.

While they were together, they were caught multiple times having PDA-filled moments. Additionally, they used to accompany each other to several red carpet events.

In December 2009, Ventimiglia sparked dating rumors with talent agent Isabella Brewster after paparazzi caught them getting cozy in Santa Monica, California. In February 2010, they were seen having a fun time at Disneyland.

Paparazzi even caught the actor planting kisses on Brewster’s forehead as they held each other arms and enjoyed the moment. However, their togetherness seemingly ended when the talent agent was seen dating British comedian Russell Brand.

Following that stint, Ventimiglia was linked with Stella McCartney’s brand marketing coordinator Kelly Egarian. They were first seen together in December 2016 as they had a lunch date in Venice Beach, California.

Egarian was also seen at the 2017 Prime Time Emmys, where the actor was nominated. However, they didn’t make a red carpet appearance as a couple. Instead, she was seen sitting next to him inside the awards show and at the post-ceremony dinner.

Their romance rumors faded away in 2017 once they stopped hanging out together.

After having lunch, they went to a nearby shop named The Milk Shop for dessert. Nonetheless, the speculations were turned down as false when it was reported that they were just friends.

Since then, there hasn’t been much talk about the actor’s love life as Ventimiglia continues to keep everything low-key.

Tags: Milo Ventimiglia,This is Us

Posted on December 7, 2022December 7, 2022
Twin Brothers Ashton and Micheal expressed their feeling regarding their detachment for several years.
Read More