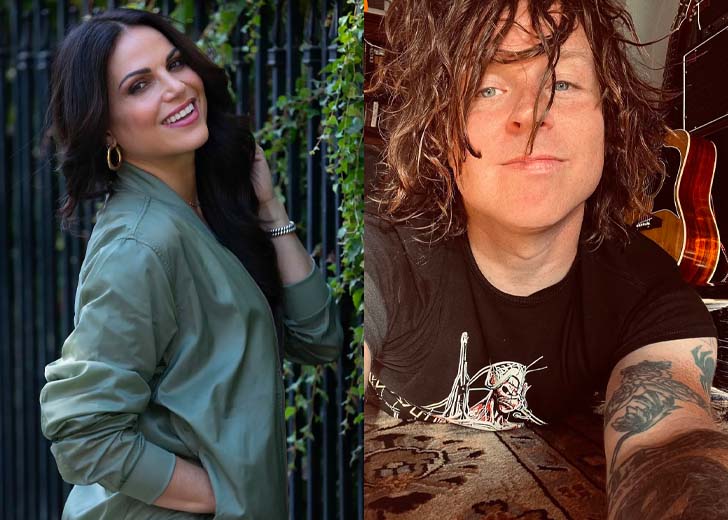 “I come from the compassion culture,” said Lana Parrilla.

Lana Parrilla has asked people to have some “compassion” after fans started backlashing at her amid her dating rumors with Ryan Adams.

On Thursday, August 4, 2022, the Once Upon a Time actress took to her social media handles to address the online haters. She issued a statement targeted at the backlashes but had disabled her comment section on Instagram.

She started her statement by writing, “Please believe in my ability to choose who I desire to have in my life. No warning is necessary. I do not need to read or see these negative comments. They are rude, hurtful, and insulting to my intelligence. Please stop. Thank you.”

“I come from the compassion culture where I believe in giving people the benefit of the doubt. Dig deeper and do your diligent research. You’ll come to learn that not everything that is said about others is true.”

As Parrilla continued, she mentioned that this behavior from the trollers is a form of bullying, and she will not subscribe to this abuse. “Please stop,” she added along with an angry emoji.

In the last slide of her statement, she wrote, “I hope, as my fans, you would reflect a kind, loving, and an open heart! I respectfully ask you to lead with grace and have compassion for others! Thank you.”

Lana Parrilla’s response to all the backlashes (Photo: Facebook)

“PLEASE READ,” she captioned the whole post. As of now, these statements are no longer available on her Twitter and Instagram handles as she has already deleted them. Nonetheless, it’s still available on her Facebook profile, but she might also delete it from there.

As mentioned earlier, this statement from Parrilla comes after people notice that she might be dating Ryan Adams. Their dating speculations initiated after some eagle-eyed people saw Parrilla and Adams’ flirty exchange of comments.

On July 31, Parrilla posted a selfie on Instagram with the caption, “Today.” And Adams slid down on the comment section to drop two heart and fire emojis. Parrilla then responded with a kiss, Dracula, and red heart emojis.

But the flirty comments didn’t stop there as Adams again replied with two red heart emojis. He had written something in probably Chinese or mandarin between the two emojis that couldn’t be translated into English.

These flirty comments led fans to speculate if they were dating [The comments are now deleted]. People started discussing the same topic under one Reddit thread, with one even writing, “I don’t know, but that’s some flirty flirtness.”

“Everybody’s talking about it on Twitter, and now she just told ppl on her ig that she can decide who she relates to… I really hope they’re not in a relationship and that this is just speculation,” one Redditor commented, and the comment was followed up by others too.

Some follow-up comments were, “I think they have something. She went to the LA show too,” and “Interesting! I don’t think she would’ve posted [her statements] that if there was nothing going on.”

As of now, it remains unknown whether or not Parrilla and Adams are dating. And while the romance rumors continued, people started to backlash against Parrilla for allegedly dating Adams, who has been accused of sexual misconduct by several women.

On February 13, 2019, The New York Times reported that seven women, including Adams’ ex-wife Mandy Moore, Phoebe Bridgers, and some underage fans, accused him of sexual misconduct. One of those women even claimed that Adams had sent her sexually explicit text messages while she was still underage.

When these accusations surfaced as a part of the Me Too movement, Adams started receiving backlash. However, when he came up to respond to these allegations, he denied them.

Nonetheless, he did issue an apology via his Twitter handle. He wrote, “I am not a perfect man, and I have made many mistakes. To anyone I have ever hurt, however unintentionally, I apologize deeply and unreservedly.”

At the time, it was reported that the FBI was investigating this matter. Later, in Autumn 2019, the FBI informed Adams’ lawyers that the investigation was dropped as they found no evidence of Adams’ illegal behavior with underage girls.

Despite that, the backlash against Adams continued, and his tours were canceled, with full refunds to the ticket holders. Later, in July 2020, the singer apologized for his actions by writing a lengthy letter, which was exclusively published by the Daily Mail.

Adams didn’t address any of his alleged victims in his apology letter. But, he did mention he “will never be off the hook for my harmful behavior.” He also said that he was sober and was regretful of past behavior. There were no formal charges made against him.

After people started to troll Parrilla for allegedly dating Adams, her fans took to Twitter to support the actress. And some of those supportive tweets were even liked and retweeted by Parrilla.

One Twitter user wrote, “Flash News to those “fan”… being a fan doesn’t give you any right over someone else life !! Take care of your own and stop bothering people. Lana, you are absolutely right, and it’s sad you need to remind it.”

“People are going to continue to hate. you just continue being the amazing person you are, and you’ll always have a team of regals behind you,” another user tweeted.

Furthermore, when one user wrote, “I’m sorry they’re doing this to you,” Parrilla retweeted and mentioned that she had been through worse. The actress said it was all good and thanked the fan for their concerns.