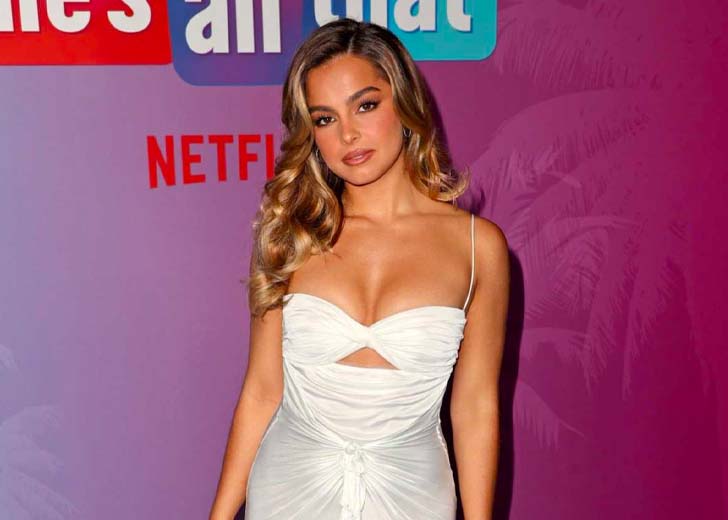 Addison Rae broke the internet with her latest Instagram post promoting a white bikini from Praying created in collaboration with Adidas.

The social media personality shared an Instagram photo of herself in a white bikini on Tuesday. The bikini was from the Praying brand and was called the Holy Trinity Bikini, and it came with a matching set of bottoms.

The “Holy Trinity Bikini” costs $100 and is embossed with religious-themed messaging.

Moreover, “father” was written on one side of the swimsuit, while the other side had “son” printed. And as per the media, the bottom of the set says “Holy Spirit,” which Rae didn’t show on her post.

According to Page Six, Rae deleted the photo on Wednesday after receiving Backlash for wearing an avant-garde bikini. In the comments section of Rae’s post, some of her followers criticized her choice of swimwear.

According to the outlet, some thought the swimsuit was disrespectful to Christians, while others thought it was “blasphemous.” One person said, “Nah, this is disrespectful to Jesus. It’s sad what you do for money.”

Similarly, another person said, “This is not acceptable!’ BLASPHEMY!” while another user asked, “Is nobody going to talk about this disrespecting religion?”

Many people also commented on Rae’s other Instagram and TikTok posts about the swimsuit, arguing the He’s All That star should apologize.

What Addison Rae had to say about the controversy

Rae posted the bikini photo on both Instagram and TikTok, but she hasn’t addressed the deleted post on either platform. Similarly, Adidas and Praying have not responded to the controversy, too.

The social media personality must have had a difficult few days after receiving Backlash from her followers.

After the controversy, she uploaded other pictures and videos on her Instagram and TikTok accounts, but she hasn’t said anything about why she deleted the photo.

Additionally, she might not want to talk about it and prefer to highlight the positive aspects rather than the negative.