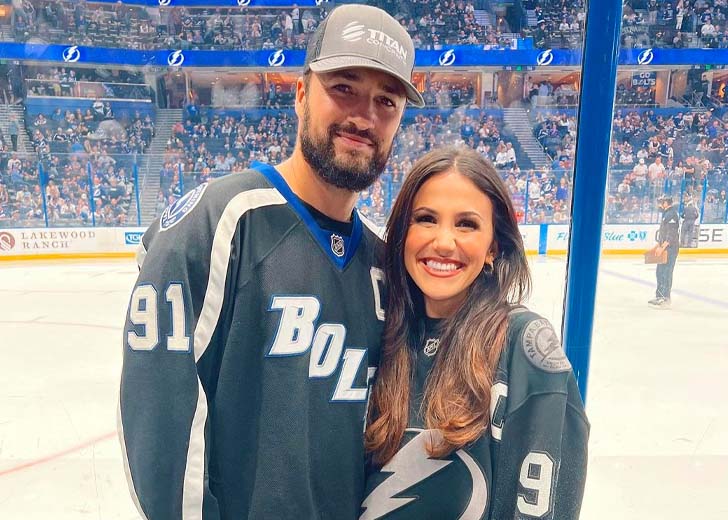 Kat Stickler and Cam Winter have separated — and their breakup was confirmed via a TikTok video on August 15, 2022.

The TikTok star’s fans had noticed that she had not been posting much on social media in the last few months and doubted if the relationship might have ended.

To address the doubts and questions of fans, Stickler made a TikTok video where she described how her relationship had come to an end. The video was one minute and twenty seconds long, where she explained the reasons for breaking up.

Kat Stickler confirms break up with her boyfriend, Cam Winter

Stickler started her video by saying, “Some of you might have noticed I have taken a little bit of a step back from social media the past couple of months, and a lot of you guessed it because you are very smart and observative but Cam and I have decided to take a break.”

The reason behind the “break” is the star needed some time to process her divorce from her ex-husband Mike Stickler, an entrepreneur.

In the video, she stated, “For me right now I needed to process things which I did not really give myself the grace to do after my divorce and I am honestly trying to do the best I can.”

She even added a comment to her video, which read, “Cam has the best heart out of any man I’ve ever met. Just don’t want any negativity surrounding him whatsoever.”

The fans were shocked when they found out about the break-up of Stickler, while some of the fans were rude towards her as one of the comments read, “That’s why u DONT date after a divorce. U concentrate on yourself and your kids then start in a few years!”

But many fans were supportive of her. One of the fans wrote, “You’re such a lovely person, Kat! You truly handle the ups and downs of life on here so beautifully.”

Another user wrote, “You do you, Kat! Know you don’t have to share every aspect of your life as well. Keep some of it for yourself and MK.”

The star was previously married to Micheal Stickler, shortly Mike, and they had a beautiful daughter together, named Mary-Katherine Stickler, nicknamed MK. The decision of the couple’s separation was made by Mike as he revealed he wanted to work on his life and get in order.

“Kat is not at fault at all for any of this, just so you know, There are a lot of things that I need to work on in my life and get in order,” Mike shared in a TikTok video.

However, it looks like Mike has already moved on and is in a romantic relationship with a girl named Tia Alannah Borso, who is available on Instagram under the username @tiaborso. He has uploaded several photos of him with her being all lovey-dovey on his Instagram account.