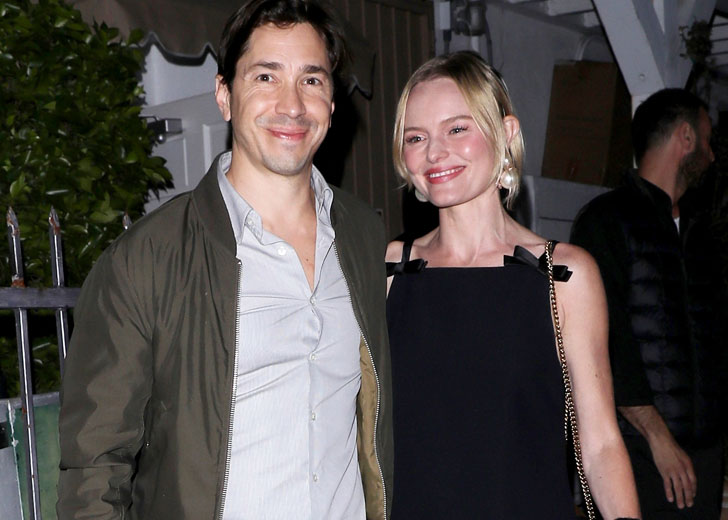 Justin Long’s relationship with his girlfriend Kate Bosworth has finally been confirmed.

On Monday, April 4, 2022, the American actor appeared on Bachelor alum Nick Viall’s podcast, The Viall Files, where he talked about his relationship with Bosworth and called her “The One.”

He mentioned that he had gotten to a place where he was ready to be comfortable with himself. But, he was also prepared for “The One.” Long’s complete statement read:

“I had gotten to a place where… I was comfortable with myself, I was ready to be — I didn’t know it at the time — but I was ready for the one.”

In addition, he said that he met and found the one. “And the one I had met… I had found.”

As he went on, the Going the Distance actor added that he prefers to keep his relationship with Bosworth low-key as neither of them wants to share every small detail with everyone.

In the end, he stated, “In this day in age, we don’t have to share everything. I’m so happy.”

While the 43-year-old Connecticut native talked quite much about his current relationship, he didn’t exactly name Bosworth as his girlfriend. And it seems like they will be keeping something hidden for a while.

Nonetheless, everything is already out in public. Just a day before Long gushed about his relationship, on Sunday, April 3, he and Bosworth were caught holding hands after their romantic dinner at Giorgio Baldi.

DailyMail revealed several exclusive images of the couple as they walked side-by-side and headed back to their car from the Santa Monica-based Italian eatery. The actor wore dark-wash jeans, a light grey button-down, and an olive green bomber jacket.

On the other hand, the 39-year-old actress looked stunning in a “black minidress with a bow on the straps,” accompanied by matching heels.

Long and Bosworth first met in early 2021 in Fayetteville, Arkansas, while working together on an unnamed project. On May 12, 2021, the actress shared several snaps from their time together via Instagram and was full of praises for her now-boyfriend.

Bosworth’s Instagram post full of praises for Long came just three months before announcing her separation from her husband, Michael Polish. The two had been married for almost eight years – tied the knots on August 31, 2013.

In late December 2021, Long confirmed he has a girlfriend while talking with actress Fortune Feimster on his Life Is Short with Justin Long podcast. The host and the guest were having a conversation about favorite pizza toppings.

When Feimster mentioned that her favorite pizza topping is pineapple, Long said, “People have been saying that lately. It’s funny, my girlfriend said hers is — she loves the pineapple, too. I’ve never been with anyone who likes pineapple on pizza.”

Justin Long picking up his girlfriend Kate Bosworth in his arms (Photo: Instagram)

At the time, too, Long didn’t identify who his girlfriend was. However, multiple sources told Page Six that she was Bosworth. An insider also mentioned that Long was with Bosworth on her trip to Pädaste Manor in Estonia in the fall, and they had “spent a romantic weekend.”

Another source told US Weekly, “They’ve been dating for a few months now. They secretly have been on a few getaways together. They both love to travel.”

The same source told US Weekly in January 2022, “The actors are not hiding the fact that they’re together, [they are] just staying low-key and private about their relationship.

While it has now been mentioned that Bosworth was formerly married, let’s look at Long’s dating history — he has never been married.

Long’s first and most known relationship was with Drew Barrymore, an actress plus talk show host. The now-former love birds first met while working together in 2009’s rom-com movie He’s Just Not That Into You.

Their togetherness reportedly started in 2007 and ended in 2010. But, they weren’t in a relationship for three years in total as it was an on-off relationship. Yet, even after their romance ended, they maintained a good friendship.

“We are in touch. I love Drew,” Long told US Weekly in May 2019. They had even sparked romance talks again after meeting each other in a New York City hotel. But, the speculations weren’t true.

As mentioned earlier, Long and Barrymore’s relationship was on-off. During one of that periods, in 2008, the actor was rumored to be dating actress Kirsten Dunst. DailyMail reported that they were seen having lunch at the Chateau Marmont in Los Angeles.

Nonetheless, those rumors were never confirmed. Later, in the Summer of 2013, Long started dating Amanda Seyfried. The actress had told Vogue that Long’s sense of humor was a major turn-on for her.

However, their togetherness lasted for merely two years as they split in September 2015. A source told People, “They both tried very hard to make it work because they each wanted to eventually have a family, but ultimately they weren’t compatible and decided to split up. They are still on good terms and friends.”

Similarly, reports suggest that Long was in an alleged relationship with CHVRCHES singer Lauren Mayberry from 2016 to 2018. But, Mayberry shut down the talks when she told Lenny Letter that Long was her friend — not boyfriend.