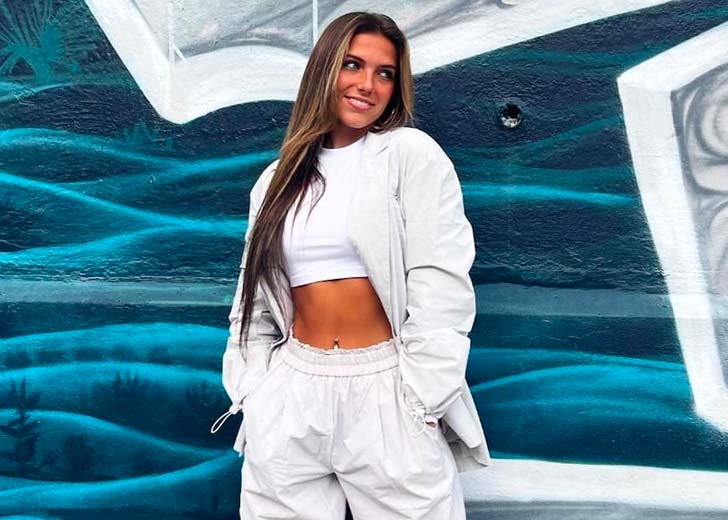 Jordan Beckham expressed her apologies for uttering n-word, but she swiftly deleted the statement after further backlash.

Famous TikTok influencer Jordan Beckham faced backlash for uttering the N-word in a recent YouTube video, which she quickly took down after publishing. The controversy enraged audiences to hysterics.

Many tea pages could not view the video because it was swiftly deleted, but tiktokinsiderinfo was fortunate to obtain her N-word-uttering video, which has since also been taken down.

Following the scandal, the influencer shared an apology on her Instagram and captioned the post, “sometimes getting caught makes you see a perspective you wouldn’t have seen otherwise.”

She swiftly deleted it, though, after receiving further criticism after posting the apologies. However, numerous tea pages were able to obtain her apology video this time, and it was re-shared on the Spills & Thrills YouTube channel.

In an almost 2-minute clip, she said, “From the bottom of my heart that I am so deeply for the pain and the hurt that I have caused a lot of you guys.”

The TikToker also expressed regret for not being “better informed” and apologized for using an offensive, racist slur.

“I don’t want to make this a sob story and I don’t want to give you guys any excuses for my actions because I know what I did was wrong,” Beckham stated in her apology clip.

Beckham also claimed that the level of sadness and embarrassment she feels for herself is ridiculous and claimed that this is not who and what she wants to be anymore.

For the time being, she made the decision to stand back and take a break in order to better herself and mature as a person, and she promised to come out as a better person in the future.

Many fans ridiculed her for her apology, which might be the possible reason behind removing her apology video.

A viewer noted, “She doesn’t need to educate herself. It’s 2022 and she’s grown. She knows better.”

Another comment read, “Dude she’s gotten caught so many times like shut up stop making yourself seem like your gonna change when you clearly haven’t before.”

An angry follower commented, “she wouldn’t have stopped saying it had she not got caught and i doubt she’ll stop saying it in general, f her.”

Even renowned social media star and TikToker Bryce Hall reacted to her apology by mockingly repeating her and remarking, “did anyone else see that video?”

The social media star, from Jacksonville, Florida, was born on April 19, 2004. The 18-year-old became well-known thanks to her Instagram page, where she frequently posts a range of content, including clips of her lip-syncing to popular rap, R&B, and pop songs.

A Glimpse Into the Opulent Lifestyle of High Rollers