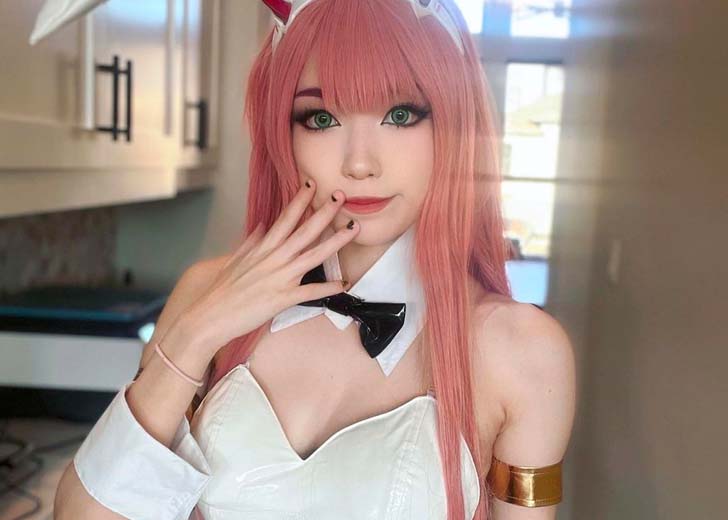 Big streamers on the platform used to joke about grooming Emily ‘Emiru’ Schunk, she confessed.

In a recent episode of the Noodleshop podcast, popular Twitch broadcaster and cosplayer Emily Schunk better known as Emiru, revealed that she received bizarre messages from “renowned Twitch streamers” while she was underage.

One of the content creators, Emiru, of One True King (OTK) revealed that big Twitch streamers sent her “creepy” messages that included remarks about grooming and other topics.

The OTK trio, Rich Campbell, Tectone, and Emiru, were discussing how the Twitch community has developed over time to become more inclusive to people of diverse ethnicities, genders, and the like during Noodleshop Podcast.

She claimed that she began streaming on Twitch when she was in high school, at the age of roughly 17, and that several male streamers who discovered her were significantly older than her would joke about grooming her.

The American streamer was upset since, at the time, no one seemed to mind when some of the notable streamers on the platform made jokes about manipulating actions.

She continued by saying that when she brought it up to others, they would make fun of her, and she would face backlash.

The cosplayer added, “People would call me a [expletive] and be like ‘Oh you’re a clout chaser,’ even though I never contacted them and never hung out with them when they asked me to.. and they knew that I was in high school.”

She didn’t name any of the alleged Twitch streamers, but Campbell and Tectone concur that her story was “terrible,” and they both expressed optimism that the site would keep improving so that incidents like this wouldn’t occur again.

This is not the first time Emiru has spoken about her concerns about stalking. She started her Twitch live on July 28, 2022, with some great news to share. She paced restlessly for the first hour of the stream before taking a big breath and letting it all out.

The Twitch streamer remarked that the man who had been stalking her and essentially forced her to leave her native Kansas had been placed in an institution. He resides in a long-term mental health facility.

In an embarrassing attempt to lighten the situation, she gave two thumbs up. Despite the fact that the specifics of what happened are still unknown to the public, it is no secret that Emiru struggled as a result of the stalker’s actions.

Emiru got some much-needed closure on the situation as a result of the stalker obtaining treatment at a mental health facility and remarked, “I feel more like my old self again.”