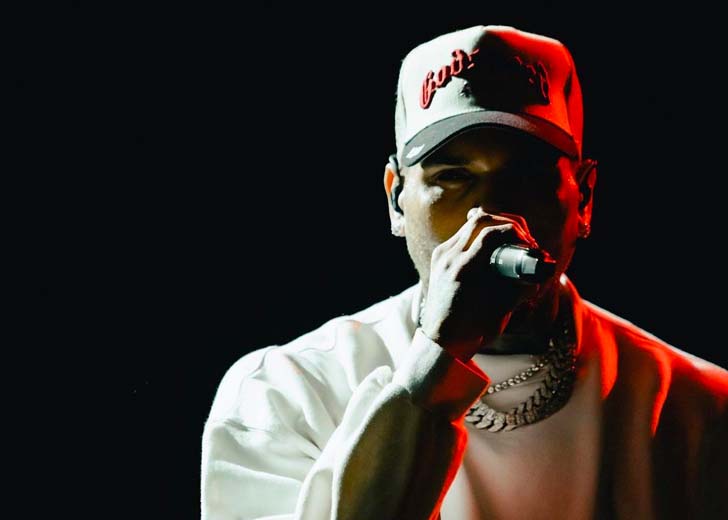 A DCP representative made it clear that Chris Brown was not at fault for the tribute’s cancellation; it was an issue of creative direction.

The ‘Under The Influence’ singer, Chris Brown, was the attraction of multiple dramatic events at the 2022 American Music Awards (AMAs).

Brown claimed that the AMAs had canceled his scheduled performance in memory of the 40th anniversary of Michael Jackson’s Thriller.

The singer shared a video on his Instagram on Saturday, November 19, of himself and backup dancers practicing his song ‘Under The Influence’ before switching to Jackson’s smash song ‘Beat It.’

“U SERIOUS,” the R&B singer captioned the post. He clarified what he was talking about in the comment section when fans rushed him with questions.

The singer wrote, “WOULDVE been the ama performance but they cancelled me for reasons unknown.”

A representative for Dick Clark Productions (DCP) told Entertainment Tonight on November 21 that Brown was not at fault for the tribute being canceled and that it was an issue of creative direction.

The statement read, “Live shows change all the time, it’s the nature of this business; unfortunately, this element of the AMAs didn’t come together as we couldn’t align on the performance, to no fault of Chris Brown.”

On Monday, November 21, Ciara joined the discussion and hinted that she would also be performing for the tribute by sharing a video of herself working on Thriller choreography in the same rehearsal area as Brown.

Later, an insider confirmed to Entertainment Tonight that Ciara was set to join Brown onstage for a homage to Thriller’s artist.

Many fans were upset and disappointed as one of them commented, “So pissed that award shows don’t ever let him perform. He’s on Michael Jackson level when it comes to his dancing.”

Another comment read, “I’m sick to my stomach!!! I’m so so so sorry this happened Chris! You were so exited! The whole team on and off the floor was excited!!!”

Another angry fan noted, “This is cancel culture right? So why TF aren’t we canceling the AMAs for trying to cancel Breezy??? Can’t nobody do it like this man.”

‘Loyal’ singer won an award at the 2022 AMAs drawing boos from the audience and a statement of support from Kelly Rowland, the presenter.

The 33-year-old singer won favorite male R&B artist over Brent Faiyaz, Giveon, Lucky Daye, and The Weeknd, although he was not present to accept the honor.

There was applause from the audience as Rowland named Brown the category winner, but there was also audible booing. The performer has a long history of legal issues, including numerous arrests for assault and denials of rape allegations.

Rowland said she would be accepting the award on his behalf because he couldn’t be at the event and made a point to raise a finger to silence the booing crowd, saying, “Excuse me, chill out.”

Furthermore, she said, “I want to tell Chris, thank you so much for making great R&B music, and I want to tell him thank you for being an incredible performer. I’ll take this award, bring it to you. I love you.”

The Unspoken Perks of Aging: Glamour in Your Thirties