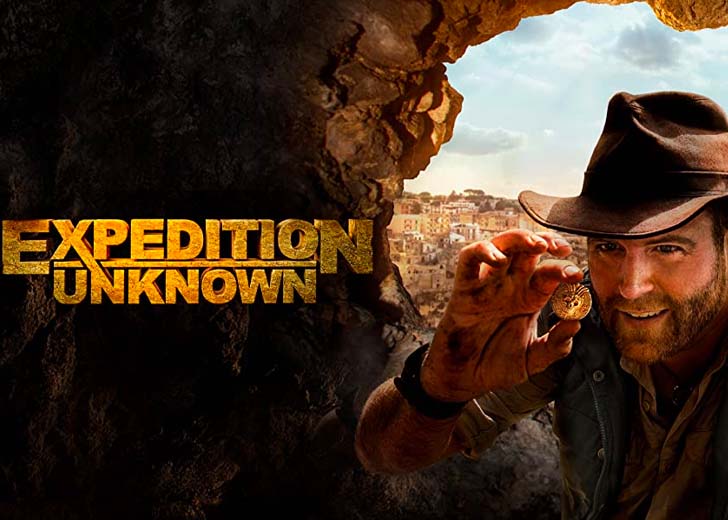 Expedition Unknown is currently on season 10.

Expedition Unknown is an American reality TV show that Ping Pong Productions produced and originally aired on Travel Channel. The show follows its host, Josh Gates, as he travels worldwide to look for unknown and missing artifacts from throughout time.

The show’s first season premiered on January 8, 2015, and received a critical response. After that, the series ran for three more seasons on Travel Channel before it was moved to Discovery Channel.

Season five of the show started airing on May 30, 2018, and ended its seven-episodic journey on September 6, 2018. And as Expedition Unknown continued its course, several specials and spin-off shows originated and were released on the same streaming platform.

Some specials and spin-off series include Extra Finds, Hunt for the Yeti, Hunt for ExtraTerrestrials, Search for the Afterlife, Expedition: Back to the Future, Shark Week Specials, Expedition X, and Josh Gates Tonight.

One of the hot questions among television series lovers is if their favorite show is canceled or not. And the same question is on the minds of Expedition Unknown‘s viewers. But be assured as Expedition Unknown has not been canceled.

Besides, the show is currently on its way to completing its 10th season. As mentioned earlier, Expedition Unknown‘s season 10 episode 10, titled ‘Chasing Everglades Treasure,’ was released on August 3, 2022.

“Looking to answer enduring questions around Moses’ existence and the story of Exodus, Josh takes an epic adventure that starts with opening an ancient Egyptian tomb and ends with trekking what could be the true Mount Sinai.”

As of this writing, Expedition Unknown isn’t canceled. On the other hand, there is no official news on the renewal for season 11. But that might be because season 10 itself hasn’t finished airing. For now, the fans have to wait and enjoy the season 10 finale.

As mentioned earlier, Gates is the host of the Discovery Channel show and has been a part of it since it first aired in 2015. But what many might not know is that he has also served as an executive producer of Expedition Unknown since 2015.

For instance, when COVID-19 affected the end of season 8 of Expedition Unknown in April 2020, Gates helmed the duties to become the host of Josh Gates Tonight, a spin-off series created to fill in the gaps created by the pandemic.

Josh Gates Tonight is a talk show where Gates interviews celebrity guests via videoconference. Initially, during the pandemic, it was recorded at Gates’ house but was later shifted to the Expedition Headquarters studio. As of now, Josh Gates Tonight already has five seasons.

Additionally, Gates has served as the executive producer of Josh Gates Tonight and several other Expedition Unknown spin-off shows, such as Hunt for ExtraTerrestrials, Expedition: Back to the Future, and Expedition X.

To summarize, Expedition Unknown hasn’t been canceled, and the show is about to complete its season 10 run. Furthermore, its host, Gates, hasn’t left the show and is still enthusiastic about continuing doing what he has been doing on the show since 2015.