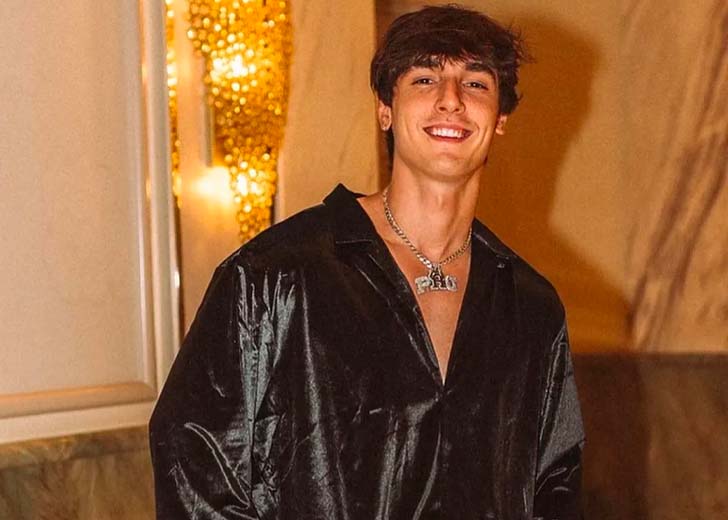 Are the accusations true?

Bryce Hall is accused of verbally assaulting a student and her friend who are studying at the University of Southern California.

On Tuesday, August 2, 2022, a TikTok user going by the username of Tate Doll uploaded a video where she accused the TikTok star of verbally assaulting her and her friend while they were at a bar.

The 11-second-long video had a video of the girl in her room with a long text written over the clip. The text read, “Thinking about how one night my girlfriend and I got verbally assaulted by Bryce Hall.”

Explaining the situation more, the user added that Hall had asked them for a bottle of Vodka, and they didn’t hand him the bottle fast enough. When that happened, Hall then allegedly verbally assaulted Tate and her friends.

“And the best insult he could come up with was calling is two ‘USC [expletive]’ and letting us know he ‘made millions a week.’” The text ended with, “Anyways, that was rough, and men/new money are gross.”

Doja Cat‘s new song ‘Vegas’ from the 2022 movie, Elvis, was used as the background song.

When one of Tate’s followers took to the comment section and wrote, “how is he [Bryce] not embarrassed,” Tate replied by mentioning that Hall was blacked out. Tate’s full reply was, “honestly, he was blacked out, so prolly doesn’t recall.”

Similarly, another TikTok user who might be one of Tate’s friends commented that they “never imagined I’d be in a world where you crossed paths with Bryce Hall, but yk what didn’t expect Will Smith to slap Chris Rock either.”

While replying to that comment, Tate wrote that she also didn’t expect to cross paths with Hall, but it happened because of the company she was with that night.

After Tate’s TikTok video got public, many started to mention Hall, which the TikTok star noticed and decided to address the topic by commenting on the post. His comment read, “so sad how u can say ANYTHING negative about me and people will just believe it.”

Bryce Hall’s response to accusations of verbal assault made against him (Photo: Instagram)

Tate quickly responded to Hall’s comment as she wrote, “yes, king gaslight me!” And when the Instagram handle of TikTok Insiders posted a screenshot of this comment and video, people went down on the comment section to express their views.

One Instagram user seemed neutral as they wrote, “I think if both parties were drunk, it’s likely that things came off wrong/were taken wrong Idk tho.”

“His dad was super abusive to his mom. I don’t normally side with him, but I don’t see this happening,” another fan supported Hall by referring to Hall’s family problems.

Furthermore, one fan commented, “Bryce has been out of drama for a while idk if I believe this.” And another user jumped into the conversation by writing, “I mean…it’s Bryce. Are we suprised?”

As of now, there are no further updates on this topic, and it could not be said if the accusations are true or false.