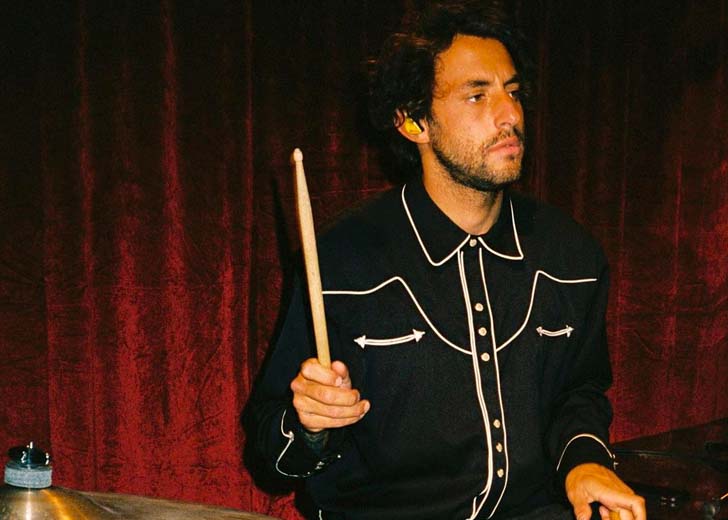 The Neighbourhood’s Brandon Fried apologized to The Marias’ Maria Zardoya regarding his abusive behavior.

After the lead vocalist Maria Zardoya of The Marias [an indie pop band] accused drummer Brandon Fried of groping her, The Neighbourhood kicked out Fried from the band on Sunday, November 13.

Early Monday morning, on November 14, the Newbury Park, California-based rock band tweeted, “We are grateful to Maria for coming forward.”

The band stated that Fried would no longer be a member of The Neighbourhood due to the band’s firm stand against any form of abusive behavior toward women.

The disclosure came shortly after The Marias posted an Instagram story. Zardoya wrote, “I was at a bar last night, and I was groped under the table by Brandon Fried @brandonfried_, the drummer of the Neighbourhood.”

She described the experience as one of the “most uncomfortable” things she had ever experienced and felt an invasion of her space, privacy, and body.

The lead vocalist added, “@thenbhd ya’ll need a new drummer, this guy is a complete creep.”

Fried, who has been a band member since 2014, addressed the allegations on his Instagram on Sunday. He expressed regret to Zardoya and that he was now looking for help for his alcohol and drug misuse issues.

He wrote, “I am so terribly sorry to Maria. My actions were inexcusable and intolerable. They are not reflective of who I am as a person, but clearly a reflection of the person who I have become while under the influence.”

The drummer also apologized for disappointing The Neighbourhood and the band’s supporters.

Fans of The Marias and The Neighbourhood were disappointed with Fried as soon as the news became public. He has been a topic of conversation on social media, especially on Reddit.

The Neighbourhood’s fan wrote, “quite pissed off rn, the Neighbourhood are one of my favorite bands and i don’t know if i want to listen to their music anymore after this.”

Another user said, “this makes me so [expletive] mad because i love both bands CAN MEN IN BANDS LEAVE WOMEN ALONE !!!!!”

“I used love some of this bands songs like Sweater Weather, Wires and Cry Baby, but this band is filled with disgusting people. I hope María Zardoya will get her justice,” another fan noted.

The Neighbourhood is currently on a break

According to numerous sources who spoke to Variety, the rock band The Neighbourhood is taking a break.

The band’s fourth album, Chip Chrome & The Mono-Tones, was published in September 2020. The group is most known for the 2013 hit song ‘Sweater Weather.’

In October 2021, they performed twice in the Hollywood Bowl in Los Angeles and the Forest Hills Stadium in Queens, New York, and in November, they unveiled a brand-new collection of merchandise. Since then, the group has been inactive, posting on its Instagram account.

Jesse Rutherford, the band’s lead singer, began sharing several clips of what appeared to be brand-new solo music on his TikTok account on February 14, 2022.

A source told Variety that the band would ultimately cancel the dates of its previously announced European tour, which was scheduled to begin in September.