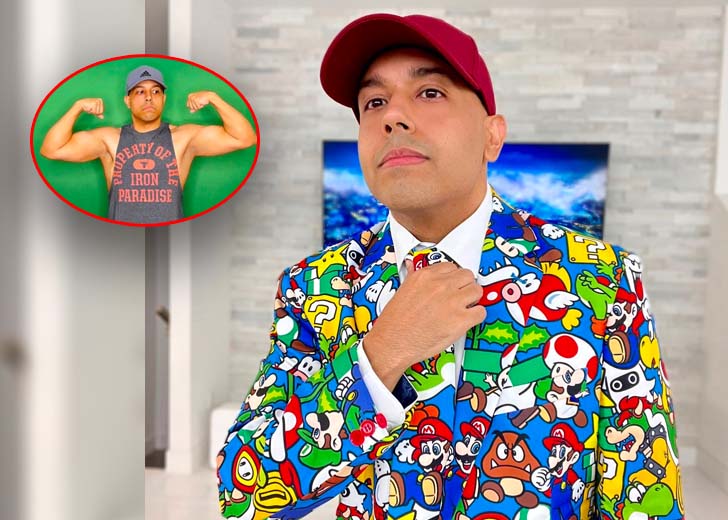 “You get comfortable, and you kinda forget about it, then before you know you gain back that 20 plus 10,” Dashie said.

Charlie Guzman, best known as Dashie, is an American YouTuber whose comedy videos and gaming commentary videos have earned him over 5 million subscribers on his DashieGames channel.

He is best known for his hyperactive, loud, and funny commentary on games like Happy Wheels, Mortal Kombat, and Grand Theft Auto. He has worked on videos with other YouTubers like Jesse Wellens, T-Pindell, and the famous rapper Logic.

Dashie is also a talented musician who released 3022(UnOfficialMixtape) in October 2019.

The internet star further gained popularity when he shed 50 pounds of weight back in 2021. How did he do that? Have a look!

In an interview with Tim Chantarangsu, the YouTuber revealed that his weight loss journey began when his doctor informed him that he had fat tissues growing into his liver.

Dashie did not like that sound and immediately thought of taking action. He mentioned that after he returned from the doctor, he threw all foods that were bad for his health from his fridge.

When the host brought up that Dashie was intermittent fasting, Dashie said, “so listen i have been on a diet for life 10 years.”

But he also shared that after losing a significant amount of weight, he got comfortable and started indulging, which led to extra weight gain.

The YouTuber mentioned, “The problem with me is, I lose like a good 20 pounds, I get comfortable again. I am like, ‘I look good’ and start eating bad again.”

“You get comfortable, and you kinda forget about it, then before you know, you gain back that 20 plus 10,” he shared his weight problem in the show.

He said that his ultimate weight loss journey began with a doctor-scare that got him thinking that he really has to lose some weight.

He has also uploaded a video on his YouTube channel where he explained how he lost 50 pounds of weight while playing a game after he got a lot of question about how he did it. The video is titled ‘HOW I LOST 50 POUNDS!’

Dashie later took to Instagram to let his fans know he has shared his experience by posting his transformed photo. The caption read, “About a week ago, I posted a video where I shared my routine and what I’ve been doing to lose weight/maintain.”

“I’ve gotten so many comments and messages about how much I’ve inspired people to do the same! That makes me so happy!”

He continued, “And also inspires me to keep going! I’ll be honest maintaining is NOT easy! But I figured if I post things like this every now and then, y’all can yell at me if I ever slip back! Lol, Thank you! And I’m here to support y’all too!!”

Dashie mentioned in one of his videos that he has ADHD

Dashie was born in the Dominican Republic and raised there until he was eight, when his family relocated to Florida. His Spanish skills helped him get his first job after graduating high school, according to Healthy Celeb.

He started working as a grocery store manager after changing jobs several times, including one at a Subway restaurant. In March 2006, while working there, he began posting YouTube videos.

He has shared in his videos that he has ADHD (Attention Deficit Hyperactivity Disorder). He also frequently advises young subscribers on his channel to avoid alcohol and drugs.

Posted on October 9, 2021October 9, 2021
Stephanie Sanzo, known among her fans as “Steph Fit Mum,” is an Australian fitness celebrity and a personal trainer. She has been receiving the...
Read More