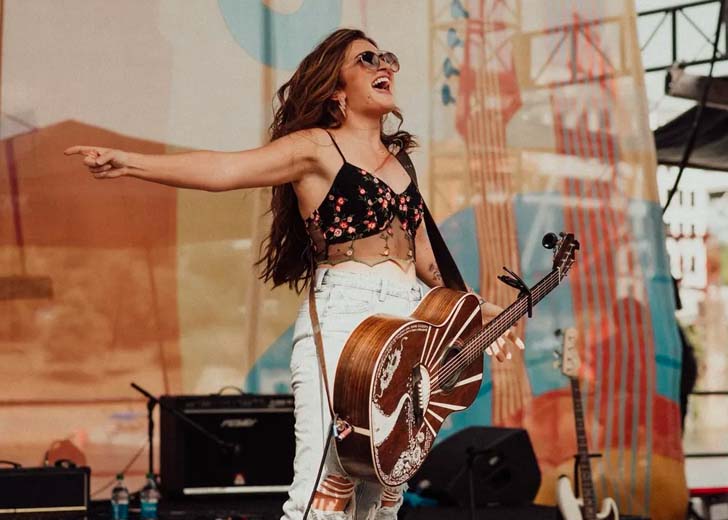 Tenille Townes is “one of country music’s most intriguing female artists at the moment,” as per People.

Following the release of the soul-bearing EP Masquerades in April, the Canadian singer is set to perform at Bonnaroo this weekend on Saturday, June 18, 2022.

But that’s not all. Townes, who is a 2-time ACM winner, also announces her “Same Road Home Club Tour” set to kick off this fall.

The 11-date run is set to kick off in Omaha, NE on October 6th and wrap on November 13th in Ottawa, ON. Tickets will be on sale on June 17th at 10 AM local time.

Moreover, in April, the singer-songwriter dropped her highly anticipated EP Masquerades via Columbia Nashville/Sony Music Nashville in partnership with RCA Records. The EP is the first soul-baring collection Tenille released, where she fully pulls her own mask down.

Masquerades really represents those things that we get used to hiding behind and the idea of being able to step out and still hold on to the hope with both hands in the middle of that process.

And at the heart of the EP is humanity. Masquerades feature tracks with BRELAND, known for fusing Gospel, R&B and Country, on ‘Shared Walls,’ as well as with hit singer-songwriter Wrabel, who duets with Tenille on her single ‘When You Need It.’

Again, Townes is set to perform at Bonnaroo this weekend on Saturday, June 18 at 5 PM at Plaza 5: Galactic Giddy Up.

Check out the dates for her upcoming tours:

Jamie Campbell Bower Admits His Parents Nurtured The Actor Inside Him