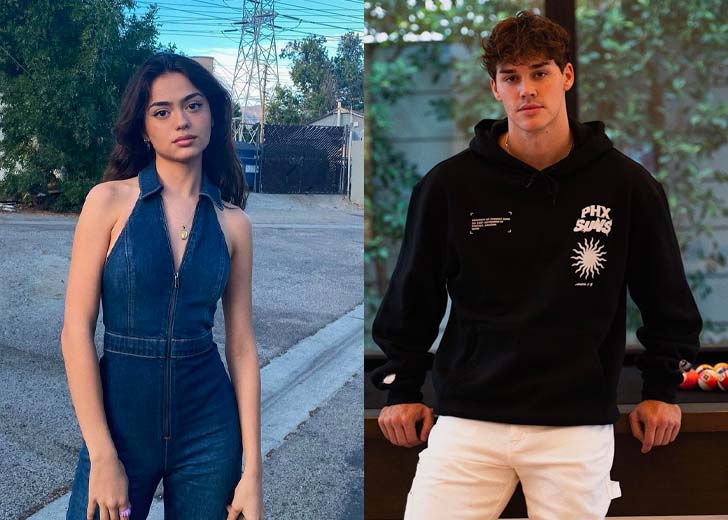 Dixie D’Amelio slams Nailea Devora for having a crush on her boyfriend, Noah Beck.

Noah Beck has been in the headlines since the controversy with Nailea Devora got out. His former girlfriend, Dixie D’Amelio, was seemingly upset about their encounter on filming a video with Larri “Larray” Merritt.

Beck is a famous social media personality, especially on TikTok. Besides that, he played soccer as a midfielder for Portland Pilots in 2019. He quickly gained fame after debuting on TikTok in 2020 and has been a person of interest to the public.

Recently, he has been having issues regarding his romantic life, and things got public. Some fans were upset about the controversy, while some shipped his pairing with Devora.

Beck and Devora filmed a video with Larri “Larray” Merritt in late 2021, which created an uproar among the fans and his former girlfriend, D’Amelio. D’Amelio allegedly said that Devora had a crush on Beck and didn’t like her touching his face, even in pictures.

During a D’Amelio Show confessional, D’Amelio told Beck, “Because I’m right and she had a crush on you and then, ‘Oh you’re f–king crazy’ and gaslit me? Yeah, let’s talk about it. You’re gonna let a girl who has a crush on you touch your face?”

Consequently, she had a feud with Devora online, but the case was settled with an apology from Devora. She said, “You have nothing to worry about,” and apologized for making D’Amelio uncomfortable.

Although Beck is single now, he hasn’t been dating Devora. She is dating her long-time boyfriend, Hubert, and is public about the relationship.

Why did Noah Beck and Dixie D’Amelio break up?

Beck and D’Amelio had issues in late 2021 due to the controversy, but they stayed intact in their relationship. In February 2021, the couple stated that they would keep it offline from now onwards.

Beck also said that things were going well ever since they went offline. He told E!, “We kind of just enjoy time together rather than like seeming like we do it for our fans, in a sense. We’re doing it for each other, and that’s what it’s all about.”

However, the TikTok star wasn’t happy about D’Amelio’s priorities. She always puts her career first, which affected their relationship. So, Beck hoped she’d make as many sacrifices as he’d made for her.

Eventually, the pair broke up, and their representatives made it public that they intended to stay close friends. Regarding the split-up, D’Amelio said, “We were just both getting very frustrated for a lot of reasons. It wasn’t worth it, we don’t want to see the other one upset.”

Beck also stated that he now lives alone and feels content with sorting things out by himself. He told Larry Merritt, “I don’t even know. I’m living alone right now. I got a new place by myself. I too feel like I’m content at home, sometimes.”