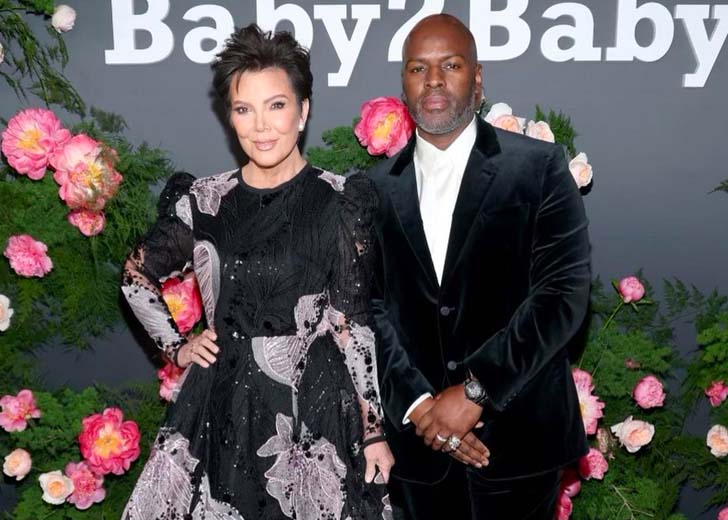 Kris Jenner seems to have secretly married her boyfriend, Corey Gamble. Fans have been speculating on these rumors since early 2022. The pieces of evidence are vital to prove those rumors.

Jenner is a popular and successful businesswoman in America and has starred in the documentary series, Keeping up with the Kardashians, featuring her children. On the other hand, Gamble is an actor and was a tour manager before fame.

Fans have calculatingly made speculations before starting the rumor of their secret marriage. If they did marry, they haven’t shared it with the children as everyone seems clueless about the wedding.

Evidence that Kris Jenner is secretly married to Corey Gamble

Jenner and Corey went on a vacation in Sicily in July 2022 and posted pictures where fans speculated a secret wedding. The business tycoon wore a beautiful white gown, and Gamble wore an emerald green suit.

Reportedly, they were wearing dresses from the same Italian designer. The fans flooded her Instagram post with wedding comments, and many hoped those were their wedding pictures. However, Jenner hasn’t confirmed the news yet.

Another piece of evidence the fans caught up on was the ring on Gamble’s ring finger in a picture. The couple had gone on a vacation with Tommy Hilfiger and his wife, Dee Oclepo.

Jenner was randomly posting beautiful memories of the holiday when she posted pictures of them holding drinks in their hands. Gamble was noticeably wearing a possible engagement ring on his ring finger which started rumors of their secret marriage.

In a recent post on Gamble’s 42nd birthday, Jenner, 66, wished him a lovely birthday and called him “the most amazing partner, friend, uncle, step dad, travel aficionado, therapist, shopping teammate, most stylish, most patient, and most fabulous over all life coach!”

Here, she called him a “stepdad,” making the speculations of their secret marriage even more vital. Nevertheless, the fans love the couple and have supported them since they started dating in 2014.

In an episode of Keeping up with the Kardashians, Khloe confronts Kris for secretly marrying Gamble. She says, “Let me see your hands!” pointing to her yellow stone ring. Kardashian claims she heard rumors of their secret marriage from four people.

Jenner responds with, “Stop. You think I’m gonna get married and not have a big ass party?” She adds, “No, Khloé, I’m not secretly married. I swear to God, on all my kids and daddy.”

Jenner admits that they’ve been living together for a while now. She says that Gamble is “protective” of her, which makes her feel secure in the house. Kardashian jokingly asks her, “Is he, like, your head of security?”

Jenner claims that she loves that side of him in response. Nevertheless, the couple has been strong ever since they started dating in 2014, and they might announce their wedding soon for real at this rate.

Stay tuned to get updates on the Jenner-Gamble power couple.

Are Noah Beck And Nailea Devora Dating? Behind Dixie D'Amelio Break Up