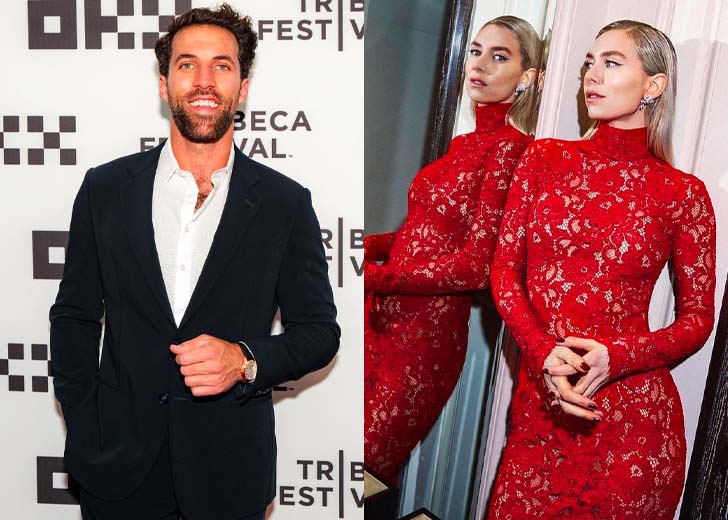 The Crown star Vanessa Kirby has made headlines with her dating rumors. Reportedly, she was seen holding hands with former lacrosse player Paul Rabil in New York City.

Kirby has earned global fame through her performance in multiple films and even won critical acclaim for her outstanding performance in 2020’s Pieces of a Woman. The actress also portrayed the role of Alanna in Mission Impossible: Fallout, starring Tom Cruise.

The Hollywood star had started dating rumors with Christopher Abbott before seeing Paul Rabil. They were seen getting comfy at a restaurant and drinking wine. However, she hasn’t confirmed any rumors regarding her dating life.

Kirby was spotted in New York City with former lacrosse player Paul Rabil, holding hands. The possible couple looked stylish in their respective outfits and seemed like they were having fun.

In a picture, they seemed to be wearing almost matching outfits. Kirby wore black jeans, a floral top with a beige overcoat, and Rabil with a matching black T-shirt and jeans. Fans speculated that they were dating as their actions made it obvious.

Rabil formerly dated the Mexican actress Eiza Gonzalez, and they were public with their relationship and often showed affection on social media. However, they split into friendly terms because the circumstances of their relationship weren’t right.

Moreover, he was previously married to a fellow lacrosse player, Kelly Berger, for almost three years.

Although the rumors have taken over the internet, neither Kirby nor Rabil have publicly spoken about their relationship, and they have yet to confirm the news.

Before these rumors started, Kirby was seen getting comfortable with The World to Come co-star Christopher Abbott. They had wine at a trendy Soho bar in London called Ducksoup in April 2022. Moreover, the bar is famous among the staff of film production companies.

The onlookers speculated that the pair were dating because of how comfortable they were with each other. However, they never confirmed the rumors of their dating at the time.

A source claims the pair looked “super comfortable” in each other’s company. They added, “They were both smoking, so were sitting outside. They seemed to be very familiar with one another, they were talking lots, and there was the occasional smile.

The co-stars seem to enjoy occasional smoking and wine. Nevertheless, The Crown actress has dated another co-star from Queen and Country, Callum Turner, for over five years. He was officially her boyfriend, and they were public about the relationship. Later, they broke up in 20202 because their timing and work schedule weren’t right.

Kirby and Turner in Queen and Country (Source: Celebrity Lane)

Both actors blamed their busy schedules for their separation. However, Kirby and Turner revealed no more details about the breakup.

5 Yellow Kratom Benefits Everyone Should Know

Posted on December 7, 2022December 7, 2022
Dove Cameron denied the dating claims after being pictured with Chase Hudson in the image that sparked dating rumors.
Read More