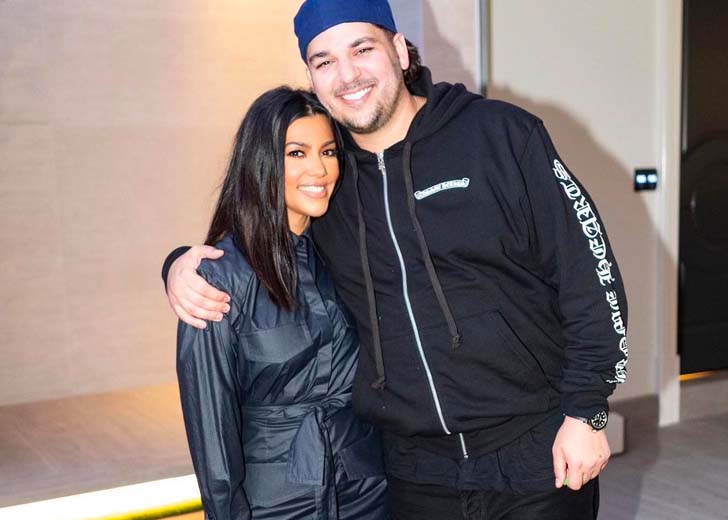 Rob Kardashian might return to The Kardashians after Deuxmoi reportedly revealed his comeback.

Rob Kardashian frequently appeared on his family’s long-running show Keeping Up With the Kardashians. Still, according to Hollywood Life, the 35-year-old has no interest in appearing in the upcoming Hulu series, The Kardashians.

For years, viewers of Keeping Up With the Kardashians have questioned why they see the youngest Kardashian sibling less frequently on their screens. And following the debut of the family’s new reality series, those questions were heightened.

However, there is a slight possibility that spectators might catch Rob on the show. This week, the tea page Deuxmoi revealed that Rob would be returning to the show. An insider reported, “Rob Kardashain’s rumored return to the public eye is true.”

Deuxmoi revealed that Rob Kardashian might have a comeback. (Source: Deuxmoi/Instagram)

The insider also stated that there would either be an exclusive podcast or The Kardashian’s episode with Rob discussing the situations he has been through.

The remaining two episodes of the show will be premiering on November 17 and November 10. As per Deuxmoi, the viewers can see Rob’s comeback in one of the last two episodes or both episodes.

Anyways, many outlets about a year ago published that the reality television star would not be appearing on the show because he didn’t want his life or the life of his daughter, Dream, to be a part of it.

Rob was prominently featured on Keeping Up With the Kardashians during the beginning of the show’s run, but the California native apparently had little interest in appearing with his mother, sisters, and other family members on the second season of the reality TV series.

At the time, the source disclosed, “Doing the show with E! caused him nothing but pain and hardships as he had several hospitalizations,” adding how Rob endured court battles with his ex-wife Blac Chyna.

For her part, Chyna initially brought legal action against the Kardashian-Jenner family in 2017. She is suing Rob for $100 million for a long list of claimed transgressions, including abuse and harassment, as well as alleged defamation by Kim, Khloé, Kris, and Kylie Jenner.

The source continued that the reality show also caused a rift between him and Kim Kardashian at one point. Rob also almost lost Khole Kardashian’s ex-husband, Lamar Odam, who was close to him during that period.

Rob is now forging his own path and focusing on himself, his health, and his daughter, an insider told Hollywood Life. They said, “Rob is in a great place right now and everyone is really proud of him and has a solid relationship with all of his family.”

Rob is now leading a quieter life and putting more emphasis on his fitness. According to insiders who spoke to Hollywood Life, the Keeping Up With the Kardashians star underwent a fitness change in 2020 because he wanted to be “as healthy as he can” be for his daughter, Dream.