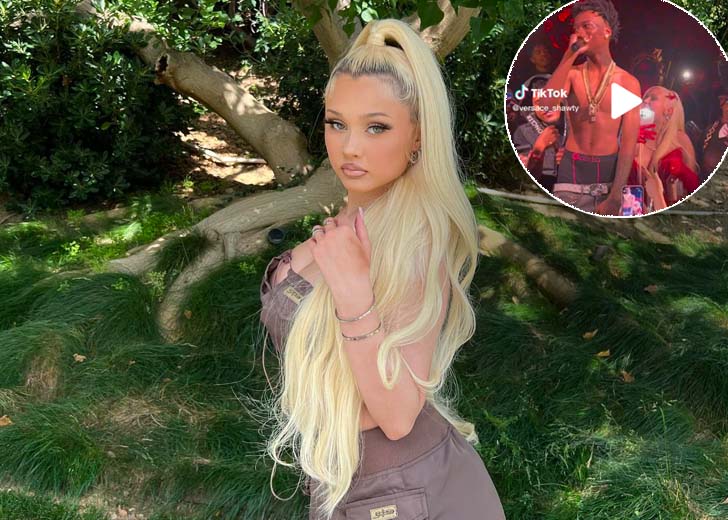 Travis Barker and Kourtney Kardashian have drawn criticism for allowing their daughter Alabama Barker to attend her birthday party dressed in what some consider an ‘improper clothing’ and for perhaps holding and consuming alcohol.

Due to no one being available on December 24, the youngster was actually celebrating her 17th birthday a month earlier. Alabama teased on her Instagram Stories and shared a picture of the invitation to spread the news “November 11 has arrived. Y’all ready for tonight?”

Alabama hosted a huge private birthday bash with DJs, rappers, and special guests. She arrived at the party in a revealing red dress, sporting a very low, plunging neckline, which she struggled mightily to keep up.

The sides of the dress were see-through, hinting at a potential wardrobe error. Fans criticized her rock star father, Travis, 46, and her new Kardashian stepmom, 43, for allowing her to wear it in an online discussion thread.

A follower added, “What father lets his underage daughter go out dressed like that?”

“It’s disgusting how she has been failed by all the adults around her,” noted another.

Alabama Barker held a bottle of what looked like alcohol. (Source: TikTok)

Similarly, when the underage teen was seen dancing to a rapper while holding a bottle of what appeared to be alcohol in a TikTok video, it fueled controversy.

Alabama once appeared to be taking a sip from the bottle before passing it off as she moved away from the camera. Many angered followers blamed her parents.

A fan wrote, “Why the hell is that child holding a bottle? Like this is bordering, if not crossing into, child endangerment territory.”

Another viewer commented, “This makes me really so scared for her. How are the adults in her life not keeping her safe at all?”

On November 13, after many fans bashed Alabama and her parents, she posted another TikTok video from her birthday party. She captioned the clip, “If you wish you were there just sayyyyy that.”

This time, a large number of her followers left comments in her favor as one of her die-hard fans wrote, “They mad you’re living your best life! Keep doing you Bama.”

The following comment read, “literally! caption for the all the haters actin like they wouldn’t be happy if they were ur age & received this party.”