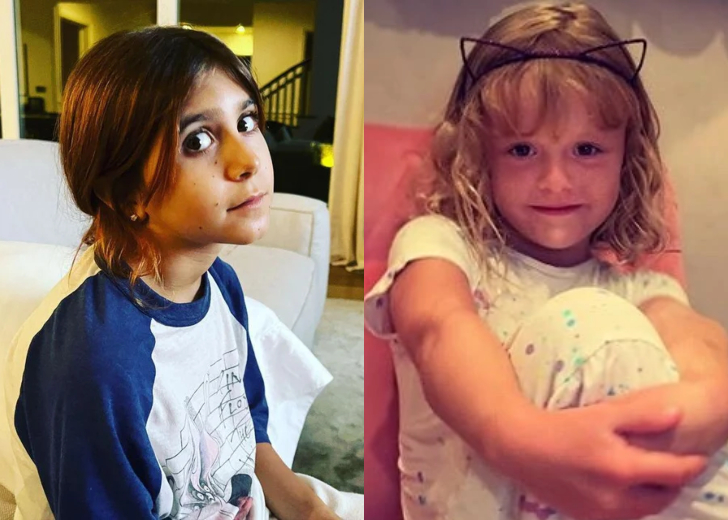 Penelope Disick and Selena Gomez’s Sister Gracie Teefey have a close friendship with each other.

Penelope Disick, the daughter of Scott Disick and Kourtney Kardashian, invited Gracie Teefey, Selena Gomez‘s youngest sister, along with her cousin North West and another friend to a sleepover, indicating that the two are close friends.

Selena is not typically linked with the Kardashians, so fans were a little taken aback when they saw Penelope and Teefey together in a TikTok video.

The four had a sleepover at Kourtney’s $9 million Calabasas residence. Of course, they dedicated a portion of their evening to producing content for their TikTok accounts. And fans can’t get enough of the Kardashians’ offspring.

On November 12, Penelope uploaded new content to her shared TikTok account with their mother. During the 47-second short, the group created a hilarious music video to ‘Call Me Maybe’ by Carly Rae Jepsen.

Selena’s sister and Disick’s daughter have a close friendship as they are classmates and share the same residential area.

The group, which includes West, has been appearing in each other’s TikTok videos for a while. Gracie even attended West’s extravagant ninth birthday party in Wyoming.

Penelope and Gracie have shared a TikTok before. A few years ago, when the two were around eight years old, they were dancing to popular TikTok trends, and some people complained that the songs were a bit “inappropriate” for them.

Penelope was the one who shared the TikTok in a secret TikTok account, but her account got deleted due to violating the age restriction on the app.

Penelope and her cousin West have recently dominated TikTok. The two started posting to TikTok during the COVID-19 lockdown and have accumulated a considerable fanbase.

The two rising stars have been sharing glimpses into their daily lives with millions of followers. In addition, their mothers or close friends occasionally show up in their clips.

However, because the two accounts have shared content at corresponding times, people have joked about witnessing a rivalry between them.

You need not fear; the two cousins appear to get along just as well as their well-known mothers.

Gracie Teefey is the youngest half-sister of Selena Gomez

Selena was born to her father, Ricardo Gomez, and mother, Mandy Teefey. However, her parents divorced when she was just 5.

Later, her mother remarried Brian Teefey, and in June 2013, they welcomed Gracie. In regards to Selena’s father, he got married to Sara, and they had Victoria in June 2014, one year after Gracie was born.

Gracie Teefey with her big sister Selena Gomez at the premiere of Frozen 2. (Source: Twitter)

According to Life & Style magazine, Selena and Gracie are really close because they grew up together in the same house.

Soon after Gracie was born, the singer exclaimed to E! News, “[Gracie is] adorable.” “I’m obsessed with her and becoming a big sister,” she added.

In 2019, the Only Murders in the Building actress and her sister went to see the internationally acclaimed premiere of Frozen 2. In fact, they wore matching outfits as they walked the red carpet together.