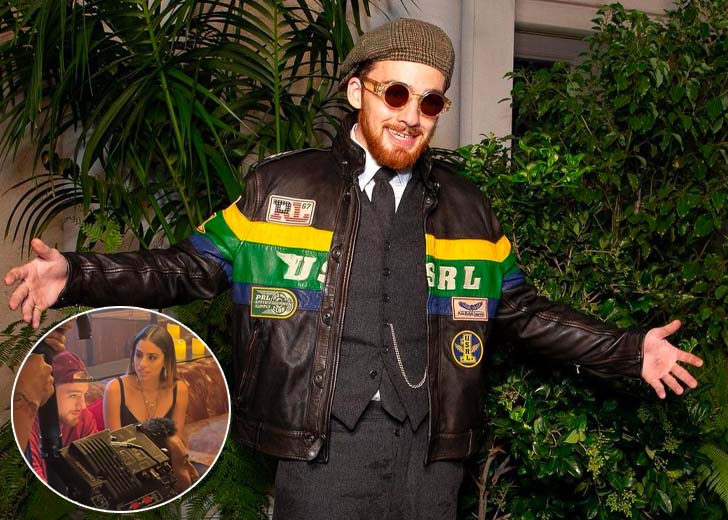 American actor Angus Cloud, who stole the hearts of millions of girls for his portrayal of Fezco in Euphoria, is rumored to be dating Dru Flecha after the two were seen together in Becky G and Karol G’s ‘Mamiii’ official video.

The artists dropped the video on April 15, 2022, that did not include either of them but did feature everyone’s favorites, Mia Khalifa and ‘Cayendo’ singer Flecha.

Mike Ho directed the video, which followed Khalifa, as she and a female companion destroyed Cloud’s residence.

Cloud played a romantic interest who mistreated her and now must pay. While he was at a restaurant, she smashed some of his belongings. Later, her companion and another man broke into his room, where they live stream the entire incident.

The rumors regarding Cloud and Flecha were later confirmed by the tea page Deuxmoi as an insider told the page that the pair have been hooking up.

The insider also disclosed that they were captured together at Joshua Tree at the end of June and also revealed that the two attended the Power of Young Hollywood event together.

The Euphoria star was an honored guest at the event and was joined by his stylist and the stylist’s girlfriend, giving the impression of a double date.

The actor has been quite discreet about his romantic life. He is relatively new to the Hollywood industry and maintains a reserved image. Thus it is unknown what his dating life was like before he became famous.

However, the Oakland native was rumored to be dating his fellow co-star Maude Apatow who played the role of Lexi Howard in Euphoria.

The pair was spotted twinning at New York Fashion Week. They were also captured together having a date night in New York City with Cloud sharing a story to his Instagram with the caption, “A lil NYC date #Fexi.”

Later, there was a dating rumor that involved Cloud and Alaskan native Sydney Martin. She has worked as a model for companies like Pretty Little Thing and IconSwim, in addition to having a small part in Season 2 of Euphoria.

Additionally, the probable romance appeared to be confirmed by an anonymous tip to Deuxmoi, writing, “she been throwing subtle hints saying going to post this secret guy (on a now-deleted TikTok) they don’t follow each other but apparently they’re very lowkey.”

The tip also disclosed that Martin even reposted a picture of Cloud on her Instagram story the other day.

As of right now, the rumor mill is in full swing. Thus, the world needs Cloud to confirm his relationship status.

Are Noah Beck And Nailea Devora Dating? Behind Dixie D'Amelio Break Up