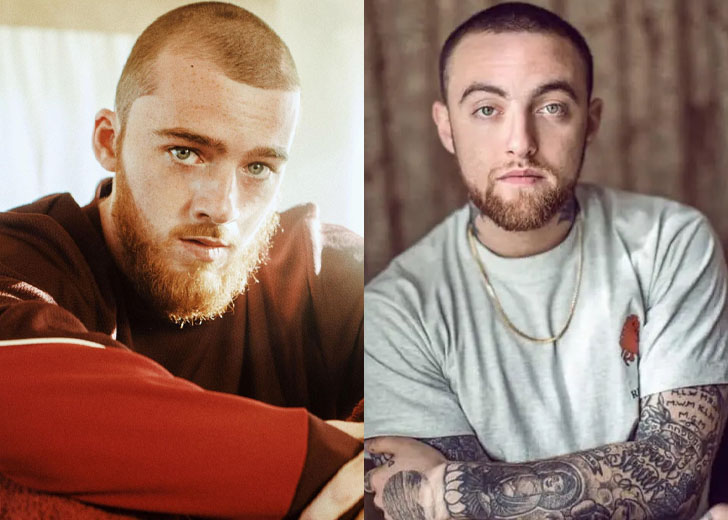 “That man is a legend and he’s going to remain one,” Cloud says of Miller.

In a short period of time, Angus Cloud has created quite a fan base for himself from his acting in the Euphoria series.

Fans are now waiting for the actor, who is also the doppelganger of the famous rapper late Mac Miller, to opt for Miller’s biopic. However, he has had turned down all his fans by refusing to do so.

The name, fame, and love Cloud is getting from Euphoria is immense. In the series, he plays the character of Fezco, a kind-hearted drug dealer.

The show is a masterpiece covering substance drug abuse and its negative influences on teen days. With surreal performances from actors and excellent writing, the show has gained massive popularity.

Drugs are a severe issue of the current generation of high school aspirants. Therefore, the first season of Euphoria, portraying the same topic, hit the screens with significant success.

But season 2 is surrounded by controversies, as many claim Euphoria is glamorizing drugs.

As TMZ reported, an anti-drug organization, D.A.R.E., recently criticized the series for glamorizing drug and substance abuse. Replying to that, Cloud denied that the show was glorifying drugs.

He said that his show didn’t glorify drugs and substance abuse while mentioning that people should not take such things lightly. He further clarified that drugs are no laughing matter.

The similarity between Angus Cloud and Mac Miller

Well, we all are pretty aware that the famous rapper Miller died due to a drug overdose in 2018. Reporters claim he died due to an accidental overdose of fentanyl, cocaine, and alcohol.

Losing a star who only gave constant hit albums in his career is saddening for all his fans.

With massive reactions, posts, and upvotes on social media, fans of both stars are looking forward to seeing Cloud playing Miller for his biopic. With a ray of hope, people would want to see Miller’s biopic by his very own lookalike, Cloud.

For the same, in an interview with Etalk, Cloud clearly stated, “I don’t think I would be prepared to take on someone’s life and legacy and try to replay that. That man is a legend and he’s going to remain one. May he rest in peace, you feel me?”.

Many other great actors seemed to be frightened by taking up a role as significant as playing for a biopic. For a first-time actor like Cloud, it indeed is difficult to walk in the shoes of Miller, who was heavily idolized by many.

A lookalike must also possess qualities and behavior similar to Miller on the screen. A wrong move would make him lose many parts of his career.

Posted on January 22, 2022January 22, 2022
Josh Taylor is a talented actor who rose to fame after his guest appearance as Johnny Dalkeith in three episodes of the popular television...
Read More