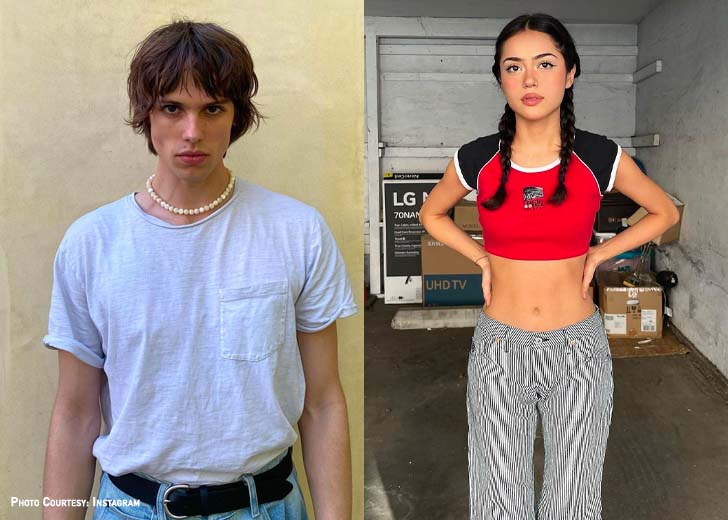 The rumors against Nailea Devora and Vinnie Hacker were refuted by her after she posted a picture of herself with Hubert on her Instagram story.

Nailea Devora and Hubert may still be dating after she put an end to all rumors that she was seeing Vinnie Hacker.

Fans have been speculating about Devora and Hacker dating, and there have been numerous stories and reports about it.

After sharing a photo of herself and Hubert on her Instagram story a few days ago, she officially denied the rumors.

There were speculations about Devora dating Hacker for so long that people were making several stories and videos about it.

However, she slammed the rumors finally after posting a picture of her with Hubert on her Instagram story a few days back.

The influencer shared the picture immediately, followed by a snapshot that Deuxmoi posted on their Instagram account revealing that Hacker and Devora were secretly dating.

The snapshot read, “I have it on good authority that Vinnie Hacker and Nailea Devora are secretly dating.”

Devora posted a photo with Hubert on her IG story shutting down the rumors that she and Hacker might be romantically linked.

Nonetheless, very little is known about her romantic link with Hubert as she likes to keep a low profile when it comes to her personal life.

Fans are pleased for Devora and are supporting her after she surprised them a few days ago with a photo of herself with Hubert on her Instagram story.

While her IG story has already expired, the image was re-posted by the tiktokroomtm, where many of her followers left their comments as one of the admirers shared, “I’m so happy that she’s finally showing everyone.”

One of the followers wrote, “they been together they just been private abt it (i don’t even blame them).”

Another comment read, “Finally! Her and hub have been together for so long, glad she’s comfortable with showing us.”

“she’s just posting that because people were saying that she’s was dating vinnie hacker when she’s not,” noted another fan.

Devora is an American social media personality, influencer, and YouTuber. She is well-known for her intriguing videos and posts on her YouTube channel and Instagram account.

With over 5 million followers on her Instagram and 2.99 million subscribers on her YouTube channel, Devora is considered one of the most popular social media influencers in the United States.

The influencer has attained huge popularity and admiration in the entertainment industry at a very young age. Her estimated net worth is about $1 million as of 2022.

As per HITC, she was born on January 20, 2002, in Los Angeles, California, the United States, to a Mexican household. She went to the San Marino High School and currently attends the University of California, Los Angeles.