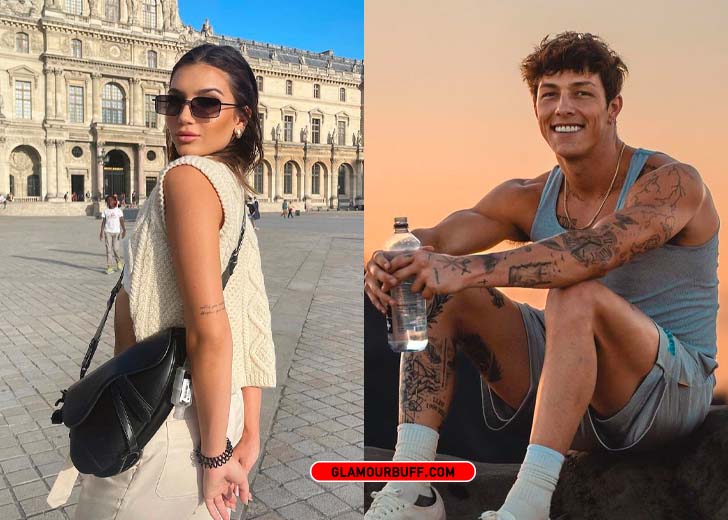 Holder said, “On January 31 of 2022, Mads Lewis was issued a cease and desist, because she is not a victim.”

Popular TikToker Tayler Holder has reacted to Mads Lewis’ remarks regarding the accusations Lewis made against him on the BFFs podcast.

Holder is the subject of attention right now after being unfollowed by his fellow influencers in bulk earlier this year.

Numerous people who unfollowed him also wrote mysterious remarks on their Instagram stories that seemed to refer to Holder and wrote “sinister acts,” and Bryce Hall noted, “things are about to get crazy.”

Shortly after the controversy went viral, Holder spoke about this sudden mass unfollowing in an appearance on the BFFs Podcast with Barstool founder Dave Portnoy.

Holder has not yet been charged with anything specific, but those who unfollowed him referred to “serious charges” against the TikTok celebrity.

Later, he purportedly sent cease and desist letters to other influencers who have made public allusions to the accusations against him.

Influencer Lewis addressed the claims against Holder in a BFFs podcast episode on September 14, with many fans thinking she may have been implied to be a “victim.”

On September 17, in a YouTube video titled ‘addressing the rumors,’ Holder responded to the remarks made by fellow TikToker Lewis.

He started by claiming that the last eight months have been difficult for him, fighting and dealing with false rumors and narratives. “How much pressure was on me and how scared I was because the whole world was against me and still is.”

TikTok star Holder added that he has never engaged in non-consensual sexual activity with anyone and has never been with a minor.

He explained the comment Lewis made, which led many people to believe that that remark meant she was talking about herself being a victim.

“Well, here’s proof that she was also lying about that, because as you see here, on January 31 of 2022, Mads Lewis was issued a cease and desist, because she is not a victim,” Holder said.

At the end of the video, he declared his innocence, invited others to come to talk to him maturely, and urged them to stop spreading false rumors.

He said, “For whatever it’s worth, not that I owe an explanation to any of these [expletives], but all of you that walked away, if you want to know in the slightest bit what actually happened, you have my number. I have all of the proof, the proof that I am completely [expletive] innocent.”