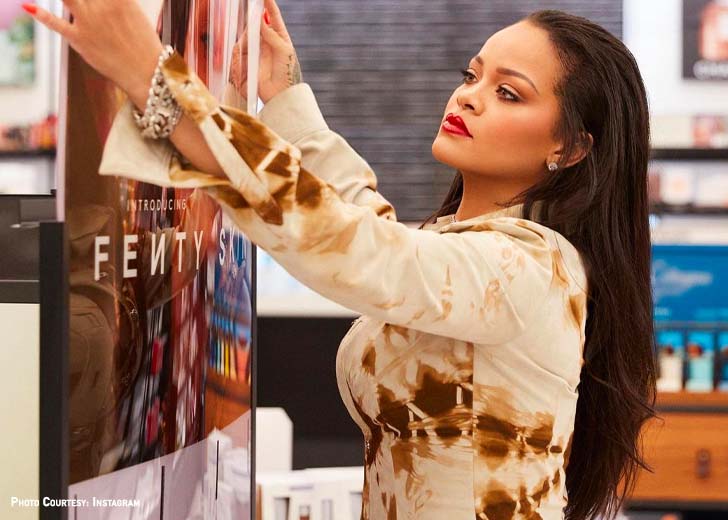 Rihanna’s ninth album will be released in January 2023, according to a screenshot submitted to Deuxmoi.

Although Rihanna‘s followers may have grown frustrated while anticipating her ninth studio album, they are already past that point.

Since releasing her eighth album Anti in January 2016, which peaked at No. 1 on the US Billboard 200, becoming her second No. 1, the Grammy winner has not released an album.

In December 2018, Rihanna announced that the album would be released in 2019 and that it would be a reggae project. It’s possible that her son, whose name hasn’t been made public, is one of the reasons why her record hasn’t been released more than four years after she initially hinted at it.

The Barbadian singer’s new album, R9, as her fans have temporarily given name to the album, might be released in early 2023, as per Deuxmoi.

When asked about Rihanna’s new music, Deuxmoi, the gossiper posted a snapshot to their Instagram story. The message read, “The album will be out in January, single to come right before Halloween. January 2016 was her last album release so this timing is on purpose.”

Additionally, the message stated that Golden Voice wants Rihanna to headline Coachella 2023, following the Super Bowl announcement, and Halsey is kept as backup.

Rihanna never takes extended absences. Fans anticipate her comeback includes new music at the 2023 Super Bowl halftime show, which will be her first significant performance since delivering a baby in May 2022.

According to an announcement made on September 25 by the pop singer, her record label, the NFL, and new halftime show sponsor Apple Music, Rihanna will perform at the Super Bowl halftime show on February 12, 2023.

Everything we know about Rihanna’s ninth album

Fans of Rihanna may have become impatient while waiting for her ninth studio album, but they are already past that stage.

The Grammy winner has not released an album since releasing Anti in January 2016, which featured the top-charting singles’ Work’ with Drake, ‘Needed Me,’ and ‘Love on the Brain.’

Since then, she has repeatedly hinted at her upcoming project, but delays have been caused by other endeavors, including the launch of her multimillion-dollar Fenty Beauty and Fenty Skin businesses and the birth of her first child, a baby boy, with ASAP Rocky.

The record has been in the works for a long time under her fans’ temporary alias #R9. She confirmed that she was working on new music while appearing on The Graham Norton Show in June 2018.

Rihanna stated she was “in the studio and working on new music.” You will simply have to “wait and see,” she teased while remaining silent about the specifics.

The Barbados native remained silent when prompted for an update 15 months later. In September 2019, she said to Entertainment Tonight, “Well, obviously, I’m a confident lady, so whatever I do, it’s gon’ be confident whether it’s the album, perfume, lingerie, makeup, or fashion.”

Furthermore, she apologized for the delay and added that her fans must wait patiently. However, not all information regarding the record has been kept a secret.

Pharrell Williams and The Dream are on her shortlist of producers to assist her in putting it all together. Additionally, Rihanna confirmed that the album is inspired by her reggae and dancehall heritage.

The ‘Umbrella’ singer jokingly told Entertainment Tonight, “My fans would kill me if they waited this long for a lullaby,” during New York Fashion Week in February 2022.

All You Need To Know About Kratom Law In 2022