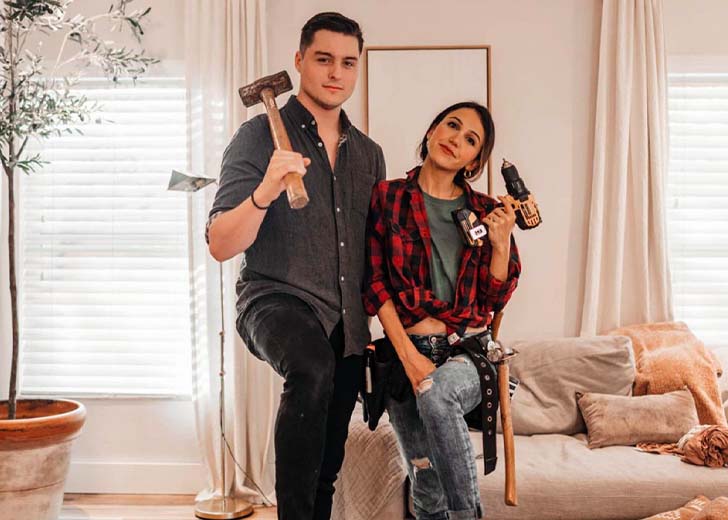 “This is mutually beneficial for tax purposes,” Mike said.

Michael Stickler, aka Mike Stickler, has finally addressed why he took alimony from his ex-wife Kat Stickler.

On Wednesday, August 10, 2022, Mike started NGL’s anonymous Q&A on his Instagram story, where he answered several personal questions. And one Instagram user had asked him why he collected alimony from his ex-wife.

“I guess I’ll clear this up too,” Mike initially wrote. “I collected a SETTLEMENT for an asset that was half mine. It was received in THE FORM of alimony. This is mutually beneficial for tax purposes.”

As he went on, he said, “Unfortunately, narratives can be controlled on social media by leaving certain details out on purpose. i.e., simply labeling what I took as alimony, which is generally viewed negatively.”

Mike’s response to claiming alimony from his ex-wife comes around five months after Kat revealed those details via a TikTok video. In the video posted on March 15, Kat was seen lip-syncing and dancing to a remix version of HANDSOMER (Feat. Ktlyn) by Russ.

In the overlay text of the video, she had written, “When you just paid your last alimony check…and now you can focus on you and your daughter.”

Later, in her TikTok live stream of March 24, Kat further divulged the details of the alimony. She said, “Yeah, so people were very shocked with the alimony. I mean, I know it’s kind of assumed, well it was assumed that nothing should have been paid.”

“But, yeah. I mean, I’m gonna be…it was just a part of it. I mean, I have child support that I’m going to be paying and I just finished the last payment [of the alimony],” she added.

As mentioned earlier, Mike answered several more personal questions during his Q&A sessions. One of the first questions he responded to was if he missed being a TikTok star.

In reply, he said, “Not. At. All. ‘Fame’ is something I wish on nobody. Being that it was all pretty quick and accidental, it is what it is. It was fun, but then it wasn’t. Feeling forced to keep up an image is exhausting. I also take full responsibility for portraying a false reality to people.”

Mike Stickler on if he misses TikTok fame (Photo: Instagram)

“That’s something I began really having a problem with and what drove me to despise it. Idk, I could probably write a book on this answer, but these are my high-level thoughts. Just not for me, and I’m totally happy saying that :),” he added.

Similarly, another question was if he thinks it’s fair to post pictures of his daughter, MK, with his current girlfriend, Tia Borso. “It’s like you want her to be her mom,” the person further said.

Mike started his answer by saying, “You know, I’m going to answer this. And I’ll answer this with a question: Would you prefer Tia to hate MK and push her away, or would you prefer she pour her heart out loving MK?”

“Your thinking, like so many others I see out there is backwards and incredibly immature. I want MK to be LOVED, And she is. By all parties. Tia has taken on a HARD role – not to mention, silly people on the internet like you make it even harder.”

As he continued, Mike said that Borso has been handling the responsibility with so much strength and grace, and he thinks it should be praised. “She loves MK and does more for her than most anyone even knows,” he added.

Moreover, he continued writing, “MK LOVES TT (that’s what she calls her), and Tia LOVES MK. And the goal in any healthy relationship is to one day share a life together, and get married – again, this bond is inevitable.”

“Suggesting MK receive the cold shoulder is plain stupid. I hope more people can begin to think like that instead of casting stones.”

The third question was if it’s hard to share his daughter when another man [Kat’s new boyfriend] is involved. Mike replied, “It’s hard sharing MK, period. I miss her every day she’s not with me.”

He continued, “BUT I have seen how wonderful and beautiful the effects of having involved and loving bonus parents are. MK deserves that. I appreciate anyone in her life who cares for her and has her best interest at heart. I pray that whomever becomes her bonus father figure supports, guides, and nurtures her.”

Was cheating a factor in Mike and Kat Stickler’s divorce?

When Mike and Kat separated, it was mentioned that their split was amicable. However, since their divorce, several more details have come out. And one of them is whether or not Mike cheated on Kat.

The cheating allegations against Mike strengthened after Kat posted a TikTok video on March 23, 2022. It was a lip-sync video made using the song ‘Aint s–t’ by Doja Cat. The song was majorly about cheating and a lousy partner.

Along with the song, Kat’s expression when she lip-synced to the lyrics ‘go get a [expletive] job’ led netizens to believe it was a direct shade at Mike. Additionally, several people were claiming that Mike cheated on Kat during her live stream.

And if those claims are to be believed, the TikTok star found out about her now-former husband’s cheating through the Ring app.

Nonetheless, these claims are yet to be confirmed, and considering the former married couple had signed an NDA, it mightn’t be confirmed for a while.

Everything about 'The Sandman' Actress Jenna Coleman