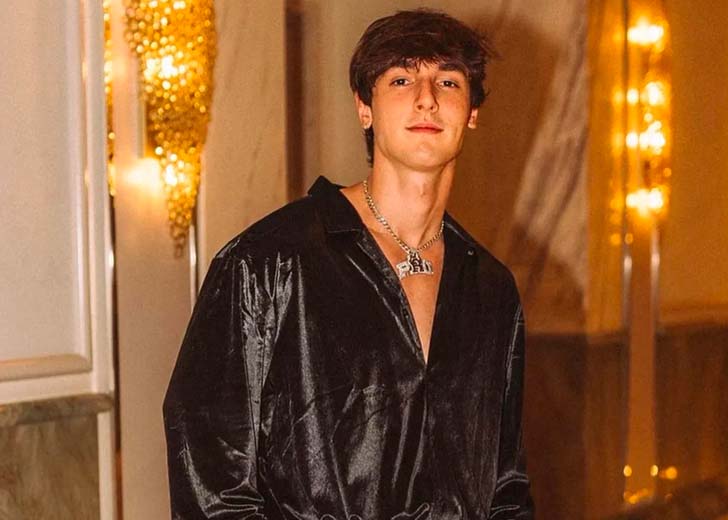 YouTuber LaPaglia asked, “What is your character?” and in response, Hall said, “old me,” and laughed off.

Popular TikTok personality Bryce Hall is set to appear in Josh Stolberg’s Skill House. The movie is to be produced by American film financier Ryan Kavanaugh and production began in June 2022 with an early 2023 release date.

Stolberg mentioned that Skill House would be a hard-rated-R horror film and will showcase a bold approach to what it takes to succeed in a business that depends on views and likes from fans.

On the other hand, Hall spilled a few new details about the movie while chatting with Brianna LaPaglia and Grace O’Malley on Plan Bri Uncut’s episode 106, ‘Bryce Hall Tells All ft. Bryce Hall.’

Hall, in the recent video by Plan Bri Uncut, draws up some fresh information regarding his debut movie Skill House with other cast members, including 50 Cents, Neal McDonough, and Caitlin Carmicheal.

LaPaglia made the transition from normal talks to Hall’s new movie starting by saying, “you switched up you came in and you said that you have not drank in 3 months the party animal because you are working on a movie. Have you talked about your movie yet?”

To that, Hall replied, “Oh yeah,” while describing what was going on presently. He added, “50 Cents in it, Neal McDonough, Hannah Stocking, myself, and then just a bunch of other people you will see.”

Following that, the interviewer again asked, “What is your character?” And in response, Hall shared, “old me,” and laughed off.

O’Malley then added, “they typecasted you,” and the actor revealed, “I even told them when I was like casting and I was like ‘yo this is not me anymore and they are like but you can play it.”

When asked about the plot, Hall explained, “It is a bunch of social media, the biggest people on social media, they get kidnapped and they get put into a house that kind of play well it is actually the old sway house and it plays into the movie.”

He went on to say, “if you don’t get the most views after each round you die in a saw-like way.”

Skill House is a horror movie that examines TikTok culture via a spooky satirical lens as per reliable sources. This is his first movie, but he did a little cameo in Addison Rae’s movie titled He’s All That.

Hall described his experience as an actor, “I caught on pretty fast. It was not much of an acting. It’s just memorization of lines and yeah like I have done a ton of acting classes but nothing prepares you for a set like being on set.”

When the news started to spread on different social media platforms, fans shared their opinions and feelings. One of the comments read, “Work hard, take it seriously and you will be great. Proud of you.”

“Congratulations Bryce!! I am so happy for you. You have gotten so far,” another admirer tweeted.