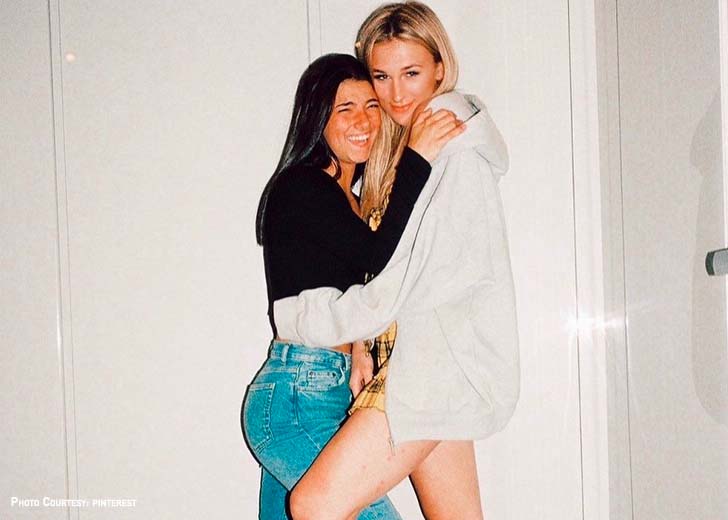 Charli D’Amelio talked about Madi Monroe after their beef!

It is usual for best friends to grow apart and move on to different paths. The same is true for Charli D’Amelio and her ex-best friend, Madi Monroe.

In 2021 and the beginning of 2022, there was a lot of drama surrounding the two. It was reported that the two had some sort of beef going on, which eventually ended their friendship.

Moreover, Monroe and D’Amelio left cryptic messages on social media but never explicitly told what their beef was about. Regardless of it all, it is now clear that the two are no longer friends.

Charli D’Amelio on her beef with Madi Monroe

On October 6, 2022, the TikToker went on the BFFs podcast with her sister, Dixie. There, she talked about her friendship with Monroe and where she stands with her ex-best friend.

D’Amelio said that she just has memories of Monroe. She said, “Just memories, we had great memories together.”

Adding on to that, the TikToker said Monroe was “very close” to her for a long time. But now, they are no longer friends.

Regardless of their beef and drama, D’Amelio noted on the BFFs podcast that she still had a lot of love for Monroe. She ended the conversation by saying she was thankful for everything Monroe did for her.

At the time of writing, Monroe has not responded to D’Amelio’s comments.

What happened between Charli D’Amelio and Madi Monroe?

Many wild rumors began circulating after Monroe removed her Instagram and TikTok accounts in late 2021. She later recovered her social media accounts and cleared up rumors about herself and her best friend.

Her brief deactivation began when the actress posted a strange message on her Twitter account. Many admirers suspected the entire incident was connected to Monroe and D’Amelio.

The latter’s emotive little video, in which she was seen with watery eyes, added fuel to the fire.

Madi Monroe used to be friends with Charli D’Amelio before their beef. (Source: Twitter)

Monroe discussed her first meeting with D’Amelio in Los Angeles in an interview with Hollywood Life. She called Chase Hudson, a.k.a. LilHuddy, her best friend and claimed D’Amelio was hanging out with Hudson at her place.

Hudson and D’Amelio would eventually date each other.

According to Monroe, she and D’Amelio initially did not communicate with one other, but as the two followed each other on social media, their progressive online conversations helped their friendship bloom.

Monroe was cited as saying concerning her bond with D’Amelio, “everyone is constantly judging us. But, when we’re together, we’re very powerful. We really do truly love each other so much. And we are really best friends.”

Monroe, as previously reported, withdrew from her social engagements after informing the world that she was in distress. “So which one of my friends is gonna finally realize I’m rly [really] not okay LOL,” she tweeted.

Monroe responded with, “[expletive] up too.” in a subsequent tweet. She returned to social media after understanding the chaos she had made. She said in a TikTok video that her post “last night” was about “me erasing everything of me and my ex.”

Monroe also clarified her relationship status with her long-time best friend, D’Amelio. In response to a critical comment on her TikTok video, the celebrity singer replied, “me and Charli are fine.”

Fans were sure that TikTok stars were fighting in early 2022 after Monroe tweeted — and soon deleted — a dubious message. They doubted her friendship with D’Amelio after she tweeted about the TikToker’s low-key relationship with Hudson.

Monroe wrote, “Lol you’re so fake. You cried to me about him but kissed him on New Year’s.” She promptly erased the tweet, but fans saw Hudson had unfollowed her on Instagram before Monroe could respond to the growing speculation.

Shortly after, Monore rushed to Instagram to explain that her contentious post was about another of her friends. In the Instagram stories, she wrote, “I’m actually laughing. My tweet last night was about my friend Sophia and her boyfriend. We were beefing, but we good now… you do realize I have a whole other circle of friends right?”

But Monroe and D’Amelio have not been seen hanging out together since that day.