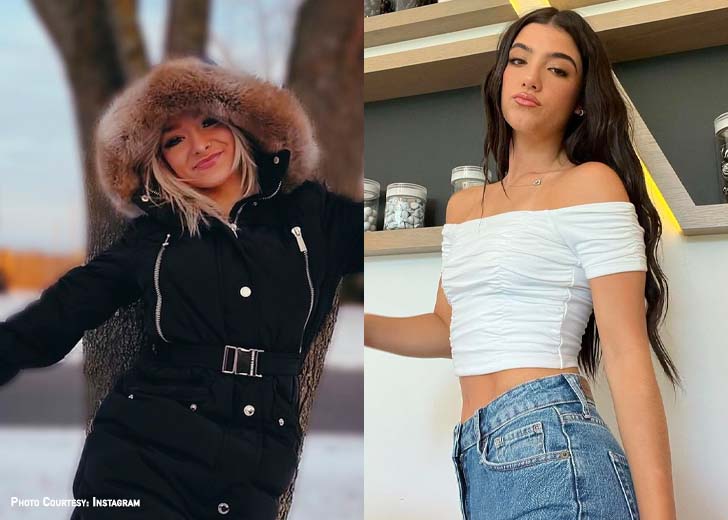 Charli D’Amelio has had beef with a lot of influencers.

From Madi Monroe to Trisha Paytas, D’Amelio has made headlines with the drama she had with them. One such influencer she had beef with was Zoe LaVerne.

Not much is known about the drama between the two. However, there are a few leaked messages that explain the feud.

LaVerne has talked about their beef a couple of times. D’Amelio, on the other hand, actively avoids it.

She does not respond properly when asked about LaVerne —  she did the same in the BFFs podcast.

On October 6, 2022, Charli went on the BFFs podcast, where she talked about many things. One of them was her opinions on different influencers.

Josh Richards, one of the podcast hosts, brought up the topic of LaVerne. It was evident that D’Amelio was uncomfortable with the subject.

Richards talked about how LaVerne became a meme after crying about D’Amelio getting more followers than her on Musical.ly / TikTok.

D’Amelio then said, “What did I do?” defensively. Dave Portnoy, another host, replied, “You passed her,” to which the TikToker said, “I did not do anything.”

Portnoy repeated the same thing, and D’Amelio gave a sassy response pointing out how she passed Richards as well. Richards and Portnoy then made jokes about D’Amelio’s reaction.

The latter ended the conversation, noting how she did nothing to anyone consciously and changed the topic.

The drama between Charli D’Amelio and Zoe LaVerne

The feud between the two TikTok stars started in July 2020 when a video of LaVerne crying about D’Amelio’s increased TikTok followers surfaced. The once most followed person on the platform, the D’Amelio, did not respond to the video.

However, another clip of LaVerne berating D’Amelio was leaked in November 2020. In this one, she was expressing her dislike for D’Amelio.

Zoe Laverne cries over Charli D’Amelio surpassing her in followers on TikTok. pic.twitter.com/R6ncLeIh05

During her rant, she also used profanity. D’Amelio responded by posting the clip on her TikTok, prompting LaVerne to apologize.

LaVerne apologized indirectly, and according to her, D’Amelio ignored her private apologies. Until now, no one knew the specifics of their private conversation.

The release of text messages between the two and an audio clip has shed new light on the situation. On April 23, 2022, TikTok Insiders, an Instagram TikTok gossip account, posted an audio clip and screenshots of the texts exchanged between D’Amelio and LaVerne at the end of their feud in October 2021.

The audio clip featured LaVerne discussing her encounter with D’Amelio. Someone who sounded like LaVerne claimed in the soundbite that she apologized to D’Amelio “multiple times,” but the latter always left her on read, except one.

And, according to the voice, D’Amelio “wasn’t very nice to [her].” “She made me cry,” LaVerne admitted in the video.

It’s unclear when or where the clip is from. D’Amelio wrote two lengthy messages to LaVerne in the screenshots leaked by the IG page, making it clear that she was upset and did not appreciate her apologies.

D’Amelio believed that LaVerne had been working against her since her social media career began. D’Amelio wrote how the fellow influencer had consistently tried to tear her down and degrade her.

D’Amelio accused LaVerne of being insecure and taking her problems out on her in the following text. The former also slammed the latter’s derogatory remarks. “I would watch what you say because people are definitely realizing that you are a genuinely just not a good person,” D’Amelio said.

“I do not want to be your friend nor do I think we will ever be.” The TikTok star concluded her text by saying she didn’t want to be around people like LaVerne and asked her not to contact her again.

LaVerne responded immediately with clarification on the matter. She explained that she simply wanted to “get [her] feelings across as well.”

“I want you to listen to what I have to say,” she wrote, explaining her tendency to overthink things and make them appear larger than they are.

“I say a lot of things without thinking about how it will effect [sic] others,” she admitted, but she also admitted she was working on herself, at which point the screenshot cut her message.

D’Amelio has not responded to the leaked texts and actively avoids the topic. LaVerne, on the other hand, talked about the drama and beef with Insider in October 2021.

She said, “People think I hate Charli D’Amelio, but I don’t.” She added, “Honestly I think it’s great that TikTok is giving all us females a platform where we can have a voice and encourage other young people to chase their dreams and not be afraid to be their true selves.”

This was the last time LaVerne talked about her feud with D’Amelio.