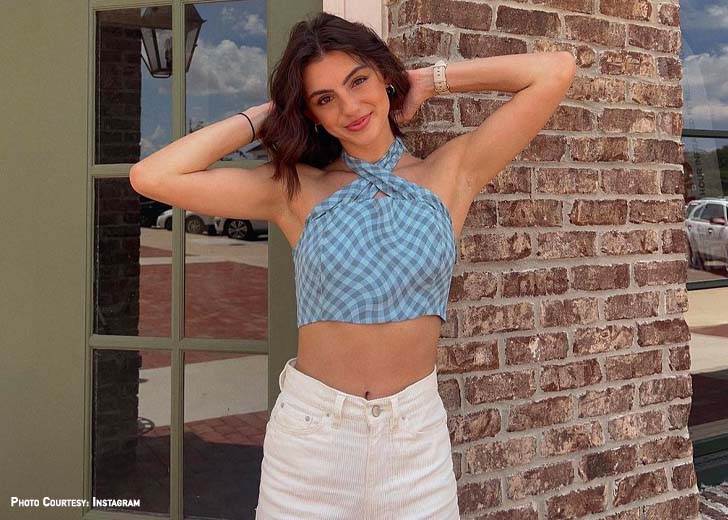 After being criticized for being racist, Savannah Rae Demers has come up with her say.

Because of a now-deleted video she posted during the Amazon Prime event in July this year, Savannah Rae Demers is facing criticism from her followers.

She was seen with her companion in the now-deleted video, wrapping a pink blanket around their heads and holding up her phone to reveal the scenario.

A lady with a hijab was in the background, and as Demers raised her phone to show up the surroundings, she and her friend laughed off, which felt offensive as some of her fans claimed that she made fun of the lady with hijab.

Savannah Rae Demers responded after being called out as a racist

Demers is getting backlash from her followers for a video she uploaded during the Amazon Prime event, which took place on July 12 and 13 this year.

However, Demers released a statement on TikTok yesterday, October 8, in which she revealed that she did not realize what had happened until someone messaged her on her Instagram.

She started by saying, “So last night I posted this video across many of my social platforms,” and continued to show the video, which is now deleted.

She reasoned that she did not even notice anything until she got a dm from one of her friends calling her out, “don’t you find this respectful.”

Demers stated that she was bewildered and did not know what her friend was talking about until she watched the video again and noticed who was sitting beside her.

To prove her innocence, she further showed the conversation between her and her friend. Her friend said, “don’t you think this is a little disrespectful?”

She replied, “Omg I did not think anything of it!! We were just getting all cozy and meant absolutely nothing of it. I am so sorry if it came across as offensive in any way.”

The TikTok user also claimed that she saw the girl behind her after reviewing the video and had no idea about it and noted that she was trying to show the setup.

Kai, who once used to be friends with Demers, called her out on TikTok and told her to do better, especially now more than ever with the current state of the world.

She explained that “Sav and I were friends, and this is me holding me and myself morals accountable and hopefully setting an example that I will not stay with or beside someone who chooses to blatantly disrespect someone or their religion on a social media account while at a public brand event.”

just do better. I stand with everyone who this directly and indirectly affects and I’ll make sure your voices are heard. I am here to learn too.

Kai also claimed that Demers was at the event to represent the best of the creators but decided to make fun of someone publicly.

The TikTok creator Kai noted that she was not fishing for drama, but it was undeniable that the fellow creator was making fun of someone you do not know and who was minding her own.

Kai also said that Demers knew it was wrong because she deleted her story from her Instagram, but the video was still on her Snapchat after 16 hours of it being up.

How Can A Lawyer Help You If You've Been Badly Injured?