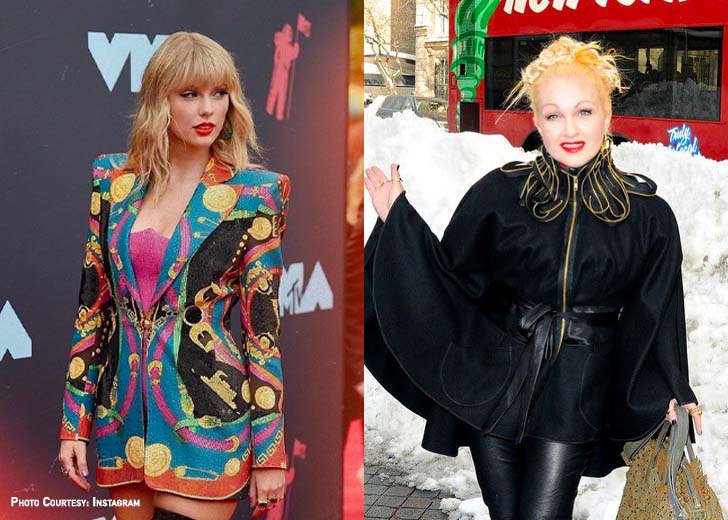 In the second episode of the Midnights Mayhem With Me series, Taylor Swift picked up the phone upside down, dropping a hint that track 8 would have a Cindy Lauper collaboration.

In the first episode of the Midnights Mayhem With Me series, which debuted on September 21 at midnight, Taylor Swift revealed the name of track No. 13, ‘Mastermind.’

The ‘All Too Well’ singer released the second video at the exact same time the very following day. Track No. 8’s title, ‘Vigilante Shit,’ was made public, which was the first time a swear word had ever been used in one of her song names.

However, the artist picked up the phone upside-down in the reveal video, hinting that track 8 might include a collaboration with Cindy Lauper.

Swift was seated next to a vintage lotto ball cage with the unreleased track numbers inside as the second episode of her Midnights Mayhem With Me series on TikTok began.

In a green cardigan with floral designs and shorts, the star said, “Welcome to the second episode of Midnights Mayhem With Me,” to her fans.

One of the 12 balls left in the cage fell out after a few spins. “Track 8,” Swift noted before she picked up the phone. After a brief pause, she said the name of the song, “Vigilante Shit,” while holding the red phone upside down.

However, an eagle-eyed fan under the handle alltoobrooke claimed that track 8 might be the collaboration with the ‘Girls Just Want to Have Fun’ singer Lauper.

The fan used a green screen filter with Swift’s Track 8 announcement video in the background and said, “So I am like 100% convinced that Vigilante Shit is gonna be a collaboration with Cyndi Lauper. We were all wondering why she was holding the phone upside down.”

Taylor Swift holding red phone upside down during the announcement of her Track 8. (Source: taylorswift/TikTok)

Alltoobrooke also added that the lyrics were “The phone rings, in the middle of the night” right before Lauper picked up the phone in the ‘Girls Just Want to Have Fun’ video.

Although this might be a theory of Alltoobrooke, many of the Swifties also believed that it might be possible and wanted it to be true — as one of the Swifties wrote, “I tend to think all of these are huge reaches, but I can’t express how bad I want this to be true!”

In her most recent bingo-style video teaser, Swift, on Tuesday, September 27, unveiled the fourth song title off her upcoming Midnights album.

Swift revealed track six, ‘Midnight Rain,’ which she randomly selected from a spinning ball cage, as part of her TikTok Midnights Mayhem With Me series.

The artist wrote, “This is a collection of music written in the middle of the night, a journey through terrors and sweet dreams,” in a description of the Midnights album, which she posted after the surprise announcement of the album during her acceptance speech at the 2022 MTV VMAs.

Does Ryan Grantham Have A Girlfriend? His Personal Life And Mother's Killing Discussed