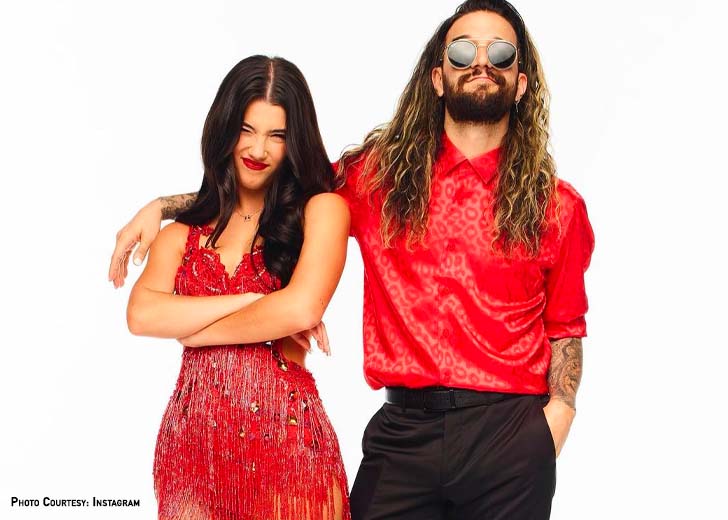 ‘Dancing with the Stars’ host came under fire for making a shocking remark to 18-year-old Charli D’Amelio.

In the 31st season of the reality dance competition Dancing with the Stars (DWTS), Charli D’Amelio is teamed with two-time winner Mark Ballas. Even though the season has only just begun, the pair has already finished first with a score of 32 out of 40.

Since the first episode of DWTS season 31, D’Amelio and Ballas have enjoyed many successes, earning high scores. Although the judges praised her performance, the host Tyra Banks’ remarks on the previous two episodes weren’t as flattering.

The host made an insensitive remark about being a TikTok celebrity and afterward commented on her neck that upset viewers.

Therefore, fans criticized Banks for making an embarrassing remark about D’Amelio in the first and second episodes.

Banks has been ridiculed for her attire selection and on-stage misstatements. The host has also faced criticism for her hosting abilities, and the fans have appreciated Alfonso Ribeiro over her.

Tyra Banks made a shocking comment toward Charli D’Amelio

On Monday, September 26, 2022, all the contestants of DWTS danced to Elvis Presley’s songs. D’Amelio and her dance partner, Ballas, danced to ‘Bossa Nova Baby,’ which received huge applause from the live studio and judges.

The judges loved the dance, and she received all 8s from the judges, which tied them with another performer for first place. They did, however, offer one piece of advice to work on keeping her head and neck out more.

Then, Bank’s reply during the live performance caused several fans to feel uneasy. As D’Amelio and her dance partner walked to receive their score, the host commented, “Now, I love your neck. You have the most beautiful neck in the world. I love it.”

The host had previously also made an offensive comment toward the well-known TikToker. On September 19, Banks made fun of her during the live DWTS premiere.

D’Amelio and her partner were the last to dance on the first episode of DWTS. With a score of 32, the pair landed in the first place.

While the judges only had positive things to say about her performance, the supermodel’s remarks were not as complimentary. She expressed that D’Amelio was humble and sweet and then proceeded to mock her.

Banks said, “I thought you were going to be like ‘What’s up, Tyra? I’m a Tiktok star.’ No! You are so sweet and humble, it’s beautiful.” Although the dancing pair laughed at the remark, DWTS viewers weren’t delighted as much.

Fans were outraged by the remarks, and many expressed their displeasure with the host on social media.

One of the Twitter users wrote, “What is with these uncomfy comments from Tyra tonight?! Now she’s discussing Charli’s neck.” Another tweet read, “now why tyra just say you have the most beautiful neck? #dwts.”

A D’Amelio fan tweeted, “i want to talk with tyra banks about why she said on live television that she thought charli was going to be a stuck up tiktok influencer #dwts.”

All You Need To Know About Kratom Law In 2022

Posted on February 9, 2022February 9, 2022
When using streaming services, you can often save a lot of money by applying coupons. Many companies have community sites that allow users to...
Read More