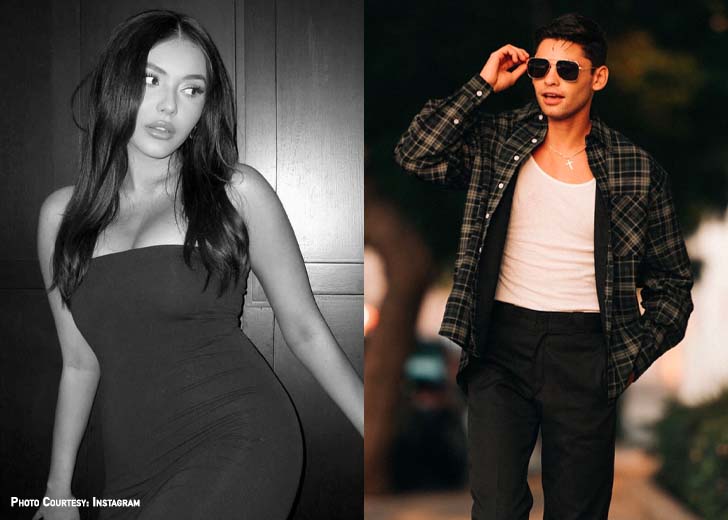 Atiana De La Hoya and Ryan Garcia have become a hot topic among their followers since the dating rumors began to circulate.

Atiana De La Hoya and Ryan Garcia are rumored to be dating. They have been a hot topic among their fans for the past few months.

Hoya is the daughter of the first runner-up at Miss USA 1995 and the stepdaughter of the drummer for the rock band Blink-182. Professionally, she is a model and actress who appeared in Maya, Meet the Barkers, and The Kardashians.

As per WDW, Hoya and Garcia had been dating for some time. According to the page, they were said to have started dating in 2019, which created the relationship rumors. Fans have been wondering if they are romantically linked.

However, it is unclear whether the two are officially dating. Their Instagram also suggests the opposite of the claims made by WDW.

They have only posted pictures of themselves on their own Instagram profiles; there are no pictures of the two of them together that would indicate that they are romantically involved in any way. So, the pair might not be dating each other.

Very little is known about the model’s relationship history, but Garcia has been in a relationship with Drea Celina Garcia, as per Sportskeeda.

The platform also suggested that the pair have been romantically linked for a long time and have two daughters. Garcia and Drea have kept their relationship entirely personal, except for a few social media posts where they can be seen together.

Their first daughter Rylie Garcia was born in March 2019, and their second daughter Bela was born in December 2020. Garcia also runs the Instagram account of his eldest daughter, Rylie.

Moakler started modeling at 15 and was chosen Playmate of the Month for Playboy magazine in 2001. She eventually involved herself in the acting industry.

The former model was a regular on the USA Network television program Pacific Blue for two seasons. In 2005, she co-starred as herself with her then-husband Barker in the reality television series Meet the Barkers.

Similarly, the father of Atiana was a professional boxer from 1992 to 2008 and currently works as a boxing promoter. He is the winner of 11 world titles in six weight classes, including the lineal championship in three weight classes.

Hoya is a talented artist who has made a career by hand painting designer bags with her one-of-a-kind, personalized designs. In 2020, she painted a lifelike skull on a Louis Vuitton bag’s corner for her stepdad Travis Barker.

The artist is also a model who began modeling when she was 14 but ultimately gave it up while she was in high school. However, she is back and has already signed with LA Models.

Although Barker is no longer married to Moakler, Hoya and Barker are incredibly close and even went on a family vacation to Aspen with him and his wife, Kourtney Kardashian.