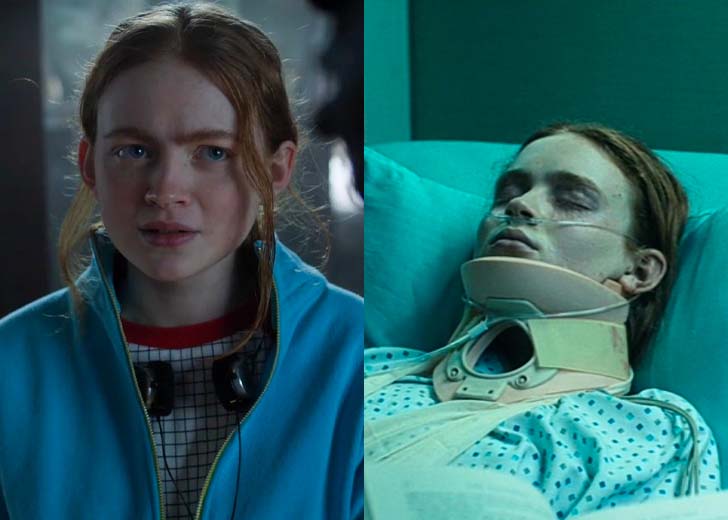 Everything we know about Max Mayfield’s fate from Stranger Things 4 Vol 2.

Since Stranger Things was released on Netflix in July 2016, they have hooked us. In 2022, the supernatural series entered its fourth season.

The show revolves around a group of kids in Hawkins, Indiana, in the 1980s, where they come face to face with supernatural forces and government secrets.

It is in their hands to save their town and each other, no matter the consequences. With every season, Stranger Things has just gotten better.

When Stranger Things 4 Vol 2 was released, it was trending for weeks on the internet. While some posts and tweets are reactions to the recent season, most are theories about what might happen in the final season, which will be released in 2024.

Stranger Things is infamously known for its cliffhangers, and Vol. 2 is no less. There are three significant cliffhangers — the first is the death of Eddie Munson, the second is Vecna, and the third is the fate of Max Mayfield.

The ending for Stranger Things 4 Vol 2 is unclear regarding what happens with Mayfield. Does she die? Or is her death inevitable?

Max Mayfield in the hospital

Mayfield, portrayed by Sadie Sink, has had a terrible time recently, especially in  Stranger Things 4 Vol 2. Wavering between guilt, grief, and relief over her stepbrother Billy’s death, in season 4, she becomes an excellent target for Vecna (Jamie Campbell Bower).

Vecna is the main villain of the supernatural drama who resides in Upside Down and preys on kids plagued by past traumas. Vecna penetrates their minds via their painful thoughts before brutally killing them.

Because of her traumas, Mayfield was marked by Vecna early on. But with the help of the Kate Bush song ‘Running Up That Hill (Deal with God),’ she managed to exercise the villain from her head.

But in Stranger Things 4 Vol 2, Mayfield decides to be captured by Vecna again after analyzing that it was the only way he could be defeated. But this time, she has a few tricks up her sleeve.

Unfortunately, they don’t work properly, leaving her with broken bones and blind. She was dead for a few minutes, but fortunately, she is saved by one of her best friends, Eleven (Millie Bobby Brown).

However, this only meant that her heart was beating. Mayfield was still severely injured by Vecna and ended up in a hospital.

So, to answer the question, did Mayfield die? Technically, she did — even if briefly. According to Lucas Sinclair, Mayfield’s ex-boyfriend, the medical staff said Mayfield’s heart stopped for more than a minute before starting again.

What will happen to Max Mayfield?

There are several theories regarding this. Mayfield may survive, but the injuries she faced were brutal.

As a result, there is no assurance that she will be the same as she was before. Similarly, it is unknown if she will ever wake up from the coma.

The show’s creators, The Duffer Brothers, discussed Mayfield’s future with Deadline. They said she was “brain dead, blind, and all of her bones are broken.”

Sink, on the other hand, has no clue what will happen to her character. In an interview with Deadline, she said, “With season five being the last season, I don’t know what they have planned.”

However, she has hopes that her character will survive. She told Variety, “I think she’s at a place where she now really wants to fight.” She added, “If she’s still out there, she definitely has a lot of rage and a lot of fight in her.”

But one thing is sure —  Mayfield will play a significant part in Season 5. Her fate will basically determine the dynamic of the group.

When Mayfield is comatose in the hospital, Sinclair reads a book to her. When a fan discovered that Sinclair was reading aloud from The Talisman, a classic book by Stephen King and Peter Straub, they took to Reddit.

The Talisman centers on Jack, a 12-year-old who sets out on a dangerous trip to a distant realm known as The Territories to save his dying mother.

User JCrazzee drew similarities between The Talisman and Stranger Things. In The Talisman, the protagonist is a kid whose mother is dying.

He can only save her by leaving our world to complete a mission and find an amulet that can save her life in a fantasy setting. This is similar to Stranger Things but teeming with monsters.

This might simply be an homage to King, whose books like Carrie, IT, and Stand By Me have highly influenced the show. But looking at how the show is, you never know what might happen.

Since Season 5 will be the last season of Stranger Things, it is bound to end with a bang. Currently, the only thing we can do is wait until 2024 and see how things will turn out then.