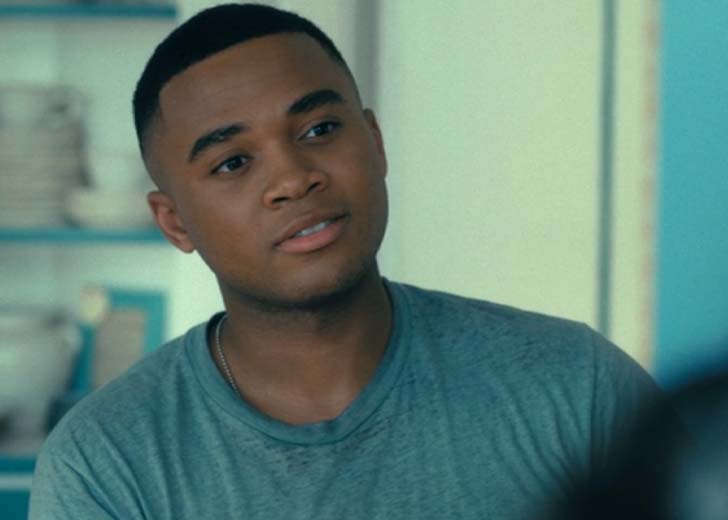 “Well, my dad heard the baby said something that sounded like ‘chosen’,” Jacobs said.

Chosen Jacobs is an American actor and singer well known for his role as Will Grover on the CBS series Hawaii Five-O and his role as Mike Hanlon in IT and IT Chapter Two.

Jacobs has played in several movies like Hooky, Remnants, Cops and Robbers, and Sneakerella. He has also starred in some television series including, American Woman, Castle Rock, God Friended Me, and When the Streetlights Go On.

For playing the role of George in Remnants, he received the 2016 Award for Best Supporting Actor in a Movie at the Endless Mountains Film Festival.

The recent work of the actor is Netflix’s Purple Hearts, based on the novel of the same name by Tess Wakefield, where he portrayed the role of Frankie.

Chosen Jacobs reveals how his parents decided on his name

In an interview with RAW, Jacobs described how his parents decided on his name ‘Chosen.’ The interviewer asked many questions, including, “How did you get into the entertainment industry,” “Do you prefer music or acting,” “who or what inspired you to become an actor” and several other questions.

Among all the questions, one of them was “How did you get your name Chosen?” In response, Jacobs said, “Well, my dad was out in the Chinatown of Atlanta and he just heard an Asian couple talking and then the baby said something that sounded like ‘chosen’.”

He continued, “I don’t know if he just heard it or if that’s what he wanted to hear, but that’s how I got my name. He’s like, “We’re going to name him Chosen”. And I agree with it!”

When the RAW interviewer again asked, “Do people call you ‘The Chosen One’?” The actor replied, “Most of the time, I tell people my name’s Chosen, they think I said, Joseph. But then I tell them it’s Chosen and they’re like, (laughs) “Like the chosen one!”

Jacobs was born on July 1, 2001, in Springfield, Massachusetts, to his mother Ronnie Jacobs. However, his father’s name is yet to be disclosed. He has a sibling named Dasia Rena Jacobs.

He began his singing career with the Georgia Boys Choir, singing opera at the age of 6. He performed concerts locally, and toured nationally, and internationally. At the age of 10, he began his acting career performing in Atlanta’s local theaters.

He performed in The King and I, Into the Woods, and Hairspray. According to his IMDb profile, at the age of 13, he wanted to pursue his acting career even further, so he, his mother, and his sister traveled to Los Angeles.

Besides acting and singing, Jacobs loves to give back to his community and the less fortunate by; feeding the homeless, donating his time, and partnering with organizations in Atlanta and Los Angeles.

He partnered with Metro Atlanta’s Boys and Girls Club, and a portion of the proceeds from his song ‘Me n Mine’ will go towards funding to support their new “Harland Arts Club” for the youth in that community.

An interesting fact about the actor is his dream is to play Muhammad Ali and a Marvel character during his acting career as he is a big fan of Marvel.

Inside Nikolaj Coster-Waldau’s Age, Height, Career, and Net Worth

Is Ser’Darius Blain Married to a Wife? His Personal Life Explored