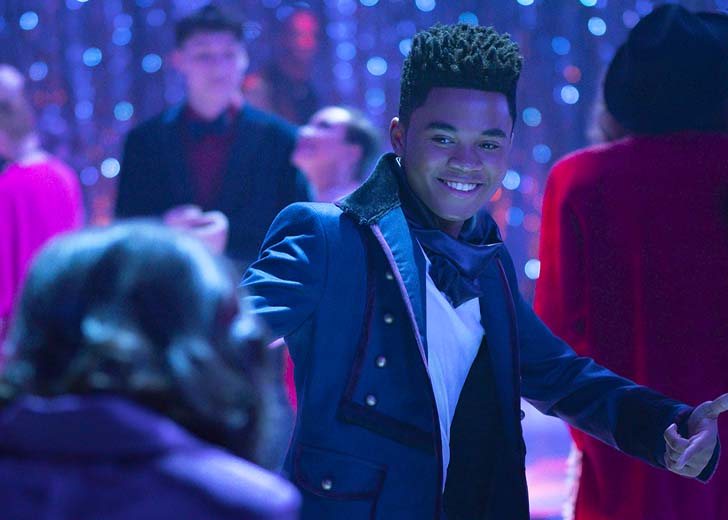 During an interview, Jacobs said, “I am single and ready to mingle.”

Chosen Jacobs is an actor and singer well known for his role as Will Grover on the CBS series Hawaii Five-O and his role as Mike Hanlon in IT and IT Chapter Two.

He has appeared in many television series, including American Woman, Castle Rock, God Friended Me, and When the Streetlights Go On. Hooky, Remnants, Cops and Robbers, and Sneakerella are some of the famous movies he has starred in.

For playing the role of George in Remnants, Jacobs received the 2016 Award for Best Supporting Actor in a Movie at the Endless Mountains Film Festival.

The recent work of the actor is Netflix’s Purple Hearts, based on the novel of the same name by Tess Wakefield, and Sneakerella, a musical comedy film.

Is Chosen Jacobs dating anyone?

Good news for single ladies out there! Jacobs is single and ready to mingle. In an interview with RAW, Jacobs can be seen with RAW’s one of the team members playing a rock, paper, and scissors game.

When the actor lost, he was asked, “best thing in LA,” in reply, Jacobs said, “the girls.” Again he was asked, “Do you have a girlfriend?” He replied, “I am single ready to mingle.”

Even though the interview was taken a few years back, Jacobs’ relationship is still single as the actor has not revealed anything regarding being in a romantic relationship with anyone yet.

On May 14, the actor uploaded a series of pictures of him with Underwood and other team members where they can be seen posing for Disney+’s Sneakerella premiere in New York City.

The post had so many comments saying how great the movie was and how great the chemistry between the co-stars was, which sparked a question among the fans if there was something romantic going on between them off-screen.

However, Jacobs and Underwood are just friends. In a recent video uploaded by Seventeen, the stars were asked several questions. “Describe your friendship in three words” was one of the queries, where the stars replied, “adventurous, musically, and creative/fun.”

Underwood further explained, “We have a lot of fun on set. A big part of our friendship is creating.”

A new movie alert if anyone is bored at home. Everyone is talking about Sneakerella, an American musical comedy movie. The film was released on May 13, 2022, on Disney+ and has received positive reviews from critics.

The cast includes rising stars like Chosen Jacobs, Lexi Underwood, John Salley, Juan Chioran, and many other famous personalities. The film is a reimagining of the classic fairy tale Cinderella.

Chosen Jacob and Lexi Underwood at the premiere of ‘Sneakerella.’

In the movie, Jacobs can be seen playing the role of El, a sneaker designer from Queens who works as a stock boy in his late mother’s shoe store ‘Laces.’ The story focuses on El and Kira King, and how the two of them met and fell in love with each other.