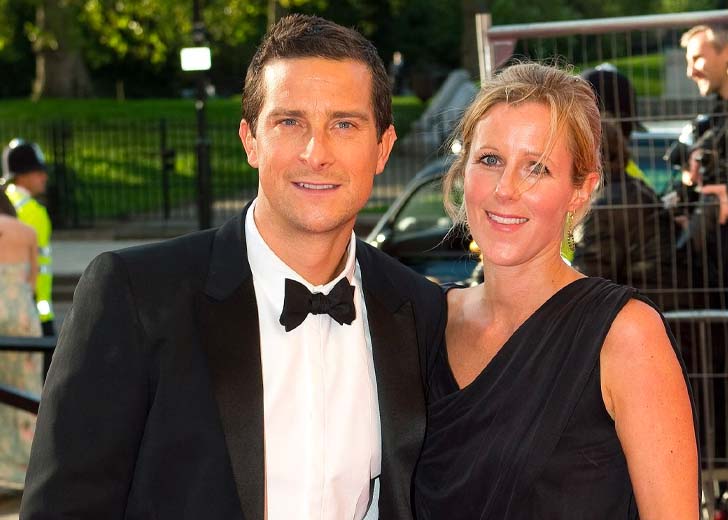 “I was running around naked, trying to find my trousers,” Grylls recalled.

Bear Grylls is a British explorer, writer, TV personality, and entrepreneur. He earned recognition after engaging in several adventures, and he later became well-known for his television series Man vs. Wild and Wild with Bear Grylls.

He became one of the youngest persons to reach the top of Mount Everest in 1998, barely 18 months after fracturing three vertebrae in a parachuting accident.

He met Shara Cannings Knight [Shara Grylls], the lady who would subsequently become his wife, just a few months before departing for the climb. So, how did he purpose his wife, Shara Grylls?

Read along to learn more!

Bear revealed to Piers Morgan in 2014 that he first met Shara in Scotland on New Year’s Eve 1997 on a beach. That was a few months before he left to conquer Everest.

“It was the worst possible time to fall in love since I was in Scotland,” he said. “It was the beginning of the year, and I was training, living with a friend, and climbing every day.”

Moreover, he also recalled that he had just taken a dip in the icy ocean when he saw his wife. Therefore, he soon found himself running naked along the beach, looking for his clothes, which had been swept away by a wave.

“I was running around naked, trying to find my trousers,” Bear recalled.

Bear had barely been with her for a week before he went for Everest, and he stated, “She’s never going to be there when I come back.”

When he returned three months later, his friends advised him not to hurry into a relationship with Shara, who had been waiting for him. Bear, on the other hand, claimed he was overly eager and proposed too fast.

“I was skinny dipping with no clothes on,” the adventurer told Morgan. “I took the ring out of my butt cheeks,” he joked, later confessing it was in his hand.

Bear recalled kneeling on the beach as a wave slammed at him. “I tried again, and in a moment of heavy sedation, she said yes.”

The young couple married in 2000 and immediately began marriage counseling, with Bear claiming that it aimed to prevent things from “breaking in the first place.”

They asked guests at their wedding in 2000 for their best marital advice, and the adventurer claims the finest came from a couple who had been married 50 years.

“Never, ever stop holding hands,” Bear says that he and Shara have taken this advice to heart and are constantly striving to follow it.

Bear was asked what his children think of him in an interview with the Telegraph about his family. Replying to that, he said, “They love what I do. When I get home from filming, all I want is a cup of tea and a bubble bath, and all they want to do is show me the ants they’ve collected.”

“The other day, we couldn’t find Huckleberry for about an hour. We searched everywhere, and then we saw his tiny little face poking through the leaves. We took a picture of him grinning, and then we were like, ‘Err… don’t panic.'”

“Another time, the kids were watching television, and a promo for Born Survivor came on. In it, I was jumping around and stuff, and at the end of it, my children turned to me and said, ‘Papa, what were you thinking?!”

Shawn Mendes on Getting to Play Role of Gay Teen in 'Love, Simon'