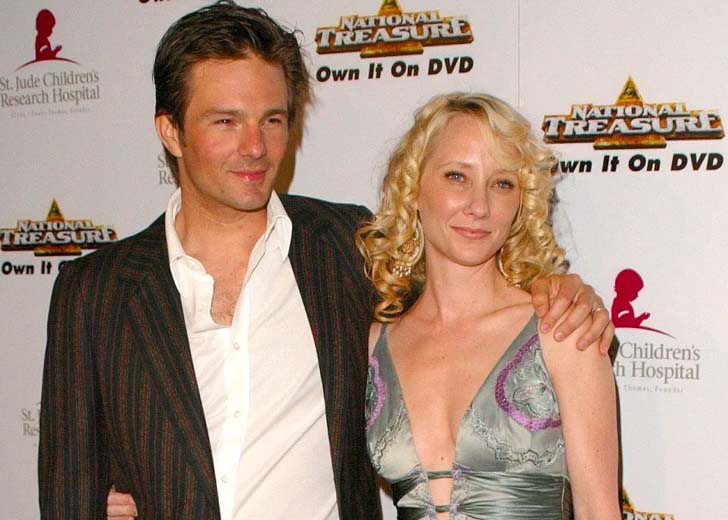 Anne Heche, a captivating actor whose versatility fueled a distinguished career in television and film spanning four decades, has passed away at the age of 53.

Her life support was taken off on August 14, 2022, nine days after her fatal car accident. On August 5, Heche’s car crashed into a Los Angeles residence and caught fire.

In addition to other critical injuries, Heche suffered a “severe anoxic brain injury” after the accident, which deprived her brain of oxygen. As a result, there were no hopes that she would live after her accident.

Her friends and family were waiting to find donor recipients before taking off her life support. After they were found, a representative for her family told CNN, “Anne Heche has been peacefully taken off life support.”

Heche’s former husband, Coleman ‘Coley’ Laffoon, posted a heartfelt tribute to the actress the day after it was announced that she had suffered brain damage in a horrific car accident.

Coleman ‘Coley’ Laffoon posted a heartfelt obituary for the actress on Saturday, a day after it was reported that Heche had suffered brain death.

In the Instagram video, Laffoon said he loved and missed her. Then, he told their son Homer would be okay.

He said, “In the wake of Anne’s passing, I just wanted to say a few things: One, I love her, and I miss her, and I’m always going to. Two, Homer is OK.”

He noted that Homer was grieving because of his mother’s untimely death, which was rough on him. However, he was surrounded and supported by his friends and family.

He then thanked everyone for checking on him and his family. He said, “Thank you to everyone who has checked in for showing your heart, offering prayers, and everything else. Thank you.

He pointed out that it was hard for him to lose his former spouse, with whom he was married for around eight years. He added, “Anne is free from pain and enjoying her experience, whatever is next in her journey.”

He spoke proudly of her and reminisced his memories about her. He pointed out how brave, courageous and fearless she was.

Laffoon said she was never afraid to tell people what she thought and believed in. At last, he bid her goodbye on a sad note, promising to take care of their son.

He said, “It was all about love, so goodbye, Anne. Love you, thank you for the good times; there were so many. And in the meantime, I got our son, and he will be fine.”

Anne Heche’s former husband, Coleman Laffoon, posted a picture of the actress and their son Homer after her fatal car accident. (Source: Instagram)

Subsequently, Laffoon posted a photo showing Heche with the couple’s son shortly after his birth in 2002.

He wrote, “It’s important to remember the real love in the best times. Thank you Anne. Peace on your journey,” in the captions.

Who is Coleman ‘Coley’ Laffoon?

Heche has been in a relationship with many people. However, she has only been married once, and that was to her former husband, Laffoon.

According to his IMDB, Laffoon worked as a cameraman for Ellen DeGeneres and her documentary. The pair met during the time and soon got married in 2001.

In 2002, they gave birth to their only child together, Homer. The pair’s married life started crumbling once Heche met James Tupper in 2006.

As a result, Laffoon and his former spouse got a divorce in 2009, marking the end of their marriage. He eventually became a real estate agent.

According to his Instagram, Laffoon has since remarried Alexandra “Alexi” Laffoon, his real estate business partner. They tied the knot in 2015.

According to his IMDB profile, Laffoon has two children, daughters Zoey Marine and Emmy Lou, with his second wife.