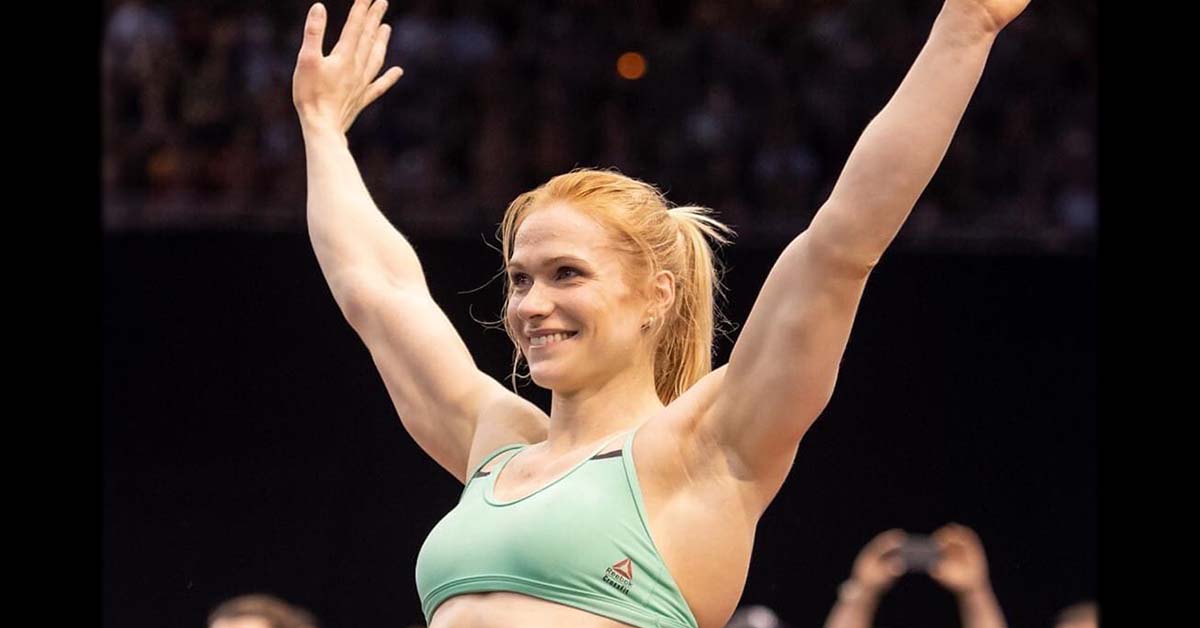 Annie Thorisdottir, whose given name is Anníe Mist Þórisdóttir, is a professional CrossFit athlete who is best known for being the first woman to win the CrossFit Games twice – in 2011 and 2012 consecutively.

Her accomplishments as a CrossFit athlete and a weight lifter further include: first place at the 2013 Dubai Fitness Competition; defeated NFL running back Justin Forsett in a push-up contest while returning from a back injury; competed in the D group of the 2015 International Weightlifting Federation (IWF) World Championships; and in the 69kg weight class, she lifted 88kg in the Snatch and 108kg in the Clean & Jerk for a final total of 196kg placing 35th at a bodyweight of 68.05kg.

Besides that, the world champion Thorisdottir co-owns Crossfit Reykjavik, a gym/physical fitness center in Reykjavík, Iceland, where she personally coaches and trains.

Below learn more about the CrossFit athlete Thorisdottir, including her age, body measurements, family, career, and net worth!

How Old Is Annie Thorisdottir?

Annie Thorisdottir was born on September 18, 1989, in Reykjavík, Iceland. Therefore, as of this writing, the CrossFit athlete is 31 years old.

Being a professional athlete and fitness enthusiast keeps Thorisdottir very conscious about her body, diet, and training. And because of that, she usually manages the right body weight to compliment her height.

Moreover, the weight lifter has experience as a gymnast of over 8 years, ballet dancer of two years, and pole vaulter of two years. She trains four hours per day and six days per week.

As a result, she has a healthy body and has six-pack abs which is often seen in her Instagram pictures.

Career Talks: Her First Appearance In CrossFit Games Came In 2009

Thorisdottir’s journey towards the CrossFit games began early in her life, but her first appearance in the game was in July 2009 when she traveled from her hometown Reykjavik to Aromas, California, to compete at the third annual CrossFit Games.

In 2010, the ‘Two-Time Fittest on Earth’ title winner showed that she was up and running in the game and wanted to achieve big. In the CrossFit Games that year, she took on Kristan Clever and finished in second place.

But the following year came as a historic year for Thorisdottir as she won her first CrossFit title and was labeled the “fittest woman on Earth.” Continuing her winning streak, she consecutively took the title home for the second time, winning the 2012’s CrossFit Games’ world championship.

However, she suffered a back injury in 2013, which kept her away from the game for a year. In the latter part of that year, she participated in the 2013 Dubai Fitness Competition and won more than Dh 650,000 in prize money.

In 2014, she looked less confident comparatively than she had appeared in past seasons in CrossFit games, but that did not stop her from winning the 2014 Europe Regional title. Likewise, she won the worldwide Open for the second time in 2015.

In the following years, she participated in the CrossFit games, Europe Regional, and worldwide Open but had lesser contributions to make, looking at her records from initial years.

How Much Is Annie Thorisdottir Net Worth?

Thanks to her earnings through various competitions and brand endorsement, Annie Thorisdottir has an estimated net worth of $14 Million, according to Net Worth Post.