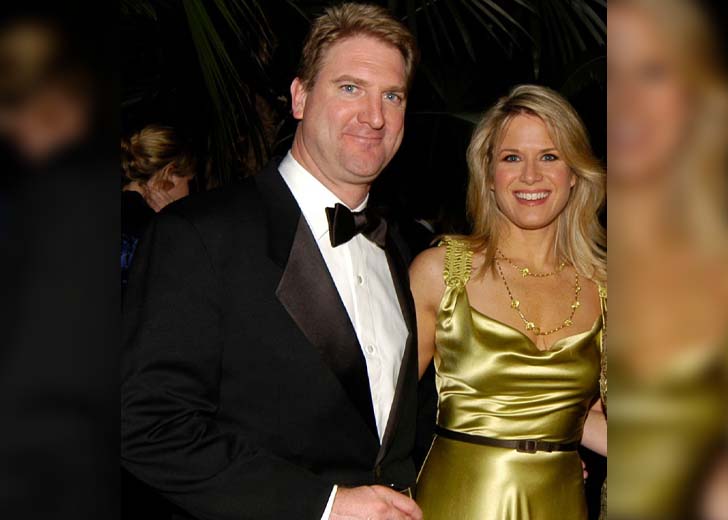 All about Martha’s married life!

Martha MacCallum is a familiar name in the American news industry as she has been serving as the conservative news host for FOX News Channel since January 2004. She is currently the anchor and executive editor of The Story with Martha MacCallum.

In her show, she mainly focuses on the important news to American citizens by collecting fresh and authentic insights from newsmakers and analysts. Additionally, she has had the pleasure of taking interviews with some renowned personalities.

In early 2022, MacCallum covered Russia’s invasion of Ukraine. And in June 2022, she led FOX News Channel’s coverage of The Platinum Jubilee of Queen Elizabeth II. With all that done, she has become a popular public figure; however, she has done well to keep her personal life private.

Martha MacCallum has been a married woman for decades

While MacCallum has undoubtedly maintained a private personal life, it’s not a secret to anyone that she has been in a marital relationship for almost three decades. She has been married to her husband named, Daniel John Gregory.

MacCallum and Gregory first met each other while attending a mutual friend’s wedding. The latter asked the former for dance even though he had attended the wedding with a date.

The now-married couple bonded over a dance and continued seeing each other afterward. They used to have movie nights where they would watch classic films like The Godfather III with a slice of pizza from New York City’s John’s Pizza.

As they continued to date, their togetherness became stronger. And finally, on August 22, 1992, MacCallum and Gregory shared the wedding vows in front of close people. They had a Roman Catholic ceremony at St. Elizabeth’s Church officiated by Rev. Joseph Fitzpatrick.

Since their wedding, the two have always been together and held each other’s hands through thick and thin. And their love and respect for each other have been enough for them to stick around for over 29 years. And in this year’s August 22, they will celebrate their 30th marriage anniversary.

Who is Martha MacCallum’s husband?

Daniel John Gregory has gained fame as MacCallum’s husband. However, many might not know that he is a businessman with a net worth of more than $1 million.

The Villanova University graduate is the Vice President of a Newark-based company named Gregory Packaging Incorporation. The Gregory family has run the company for over three generations.

Before he fully owned the company, his father used to run it as its founder and president. Talking about family, Gregory’s father’s name is Edward R. Gregory. The details about his mother and possible siblings are currently unknown.

Martha MacCallum is a mother of three

As of this writing, all of their three kids have grown up. Elizabeth has a degree in Political Science from her father’s alma mater. She has followed in her mother’s footsteps and occasionally serves as a Fox News coverage volunteer.

Similarly, Edward’s LinkedIn profile suggests that he graduated with a degree in Economics from the University of Notre Dame in 2021. And as per reports, he is working as an associate in New York City-based Franklin Templeton Investments.

As for MacCallum and Gregory’s youngest child, there is little information about him. However, he has shared the screen with his mother multiple times as the mother-son duo would appear together on Fox News’ Cooking with Friends.