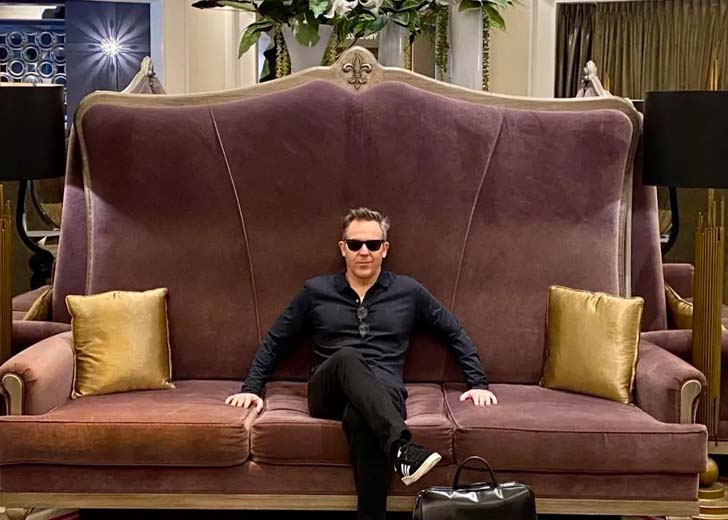 Greg Gutfeld is worth millions!

His current age is 57, and his height is 5 feet and 4 inches. He is often teased for his height since many people tower over him.

But the jokes are nothing in front of the achievements he has received in his career. He stands tall with it comes to being one of the most influential people in the media industry.

He began his journey as a writer in the 90s and later rose to fame with his own talk show on Fox News called The Greg Gutfeld Show.

Over the course of two decades, Gutfeld established himself as one of the forces to be reckoned with in the media industry. As a result of his career, he has amassed a massive net worth.

According to Celebrity Net Worth, Gutfeld’s net worth is $13 million. It is reported that he currently earns a salary of $7 million annually.

Greg Gutfeld’s net worth and salary as of 2022 are in the millions. (Source: Instagram)

Gutfeld’s massive net worth and salary have resulted from his work since the late 90s. Currently, he is affiliated with Fox News and hosts a couple of shows there, including his own —  The Greg Gutfeld Show.

After graduating from college, Gutfeld started an internship with the right-leaning publication, The American Spectator, before securing a position as a staff writer for “Prevention magazine.

Later, he relocated to Pennsylvania, where he worked as an editor for a number of Rodale Press periodicals. He then started contributing to Men’s Health in 1995 and was succeeded as editor-in-chief in 2000.

Gutfeld then served as the editor-in-chief of Stuff magazine. Unfortunately, he lost the job following a 2003 prank in which he dispatched dwarfs to the Magazine Publishers of America convention with the instruction that they should be obnoxious and noisy.

But being fired did not stop the TV personality from progressing more in his career. He was employed by Dennis Publishing, where he edited Maxim U.K from 2004 to 2006.

His journey in Fox News began in 2007 after he started anchoring the late-night program Red Eye w/ Greg Gutfeld. He continued hosting the show till February 2015.

In 2011, he started co-hosting and participating in panels on The Five, another Fox News program. He started anchoring the  Gutfeld!, a late-night comedy talk show on Fox.

He continued it till March 2021. Since then, The Greg Gutfeld Show has transitioned to weeknights. He is still hosting the show and is affiliated with Fox News.

In the past 15 years, Gutfeld has written nine books, four of which were the New York Times  Best Sellers. His debut book, The Scorecard: The Official Point System for Keeping Score in the Relationship Game, was published in 1997.

His other books include:

His latest book, The Plus: Self-Help for People Who Hate Self-Help, was published on July 28, 2020.