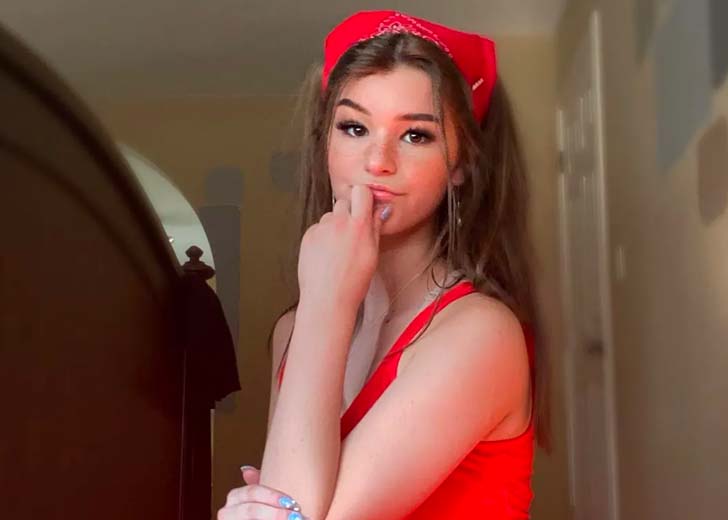 Brooke Monk is a well-known American TikToker. She has gained around 22 million followers on her TikTok account by sharing lip-syncing, dancing videos, and comedic sketches.

Monk has gained quite the popularity many dreams to get at such a young age. At only 19, the TikTok star has created a massive fan base. But there are certain things that not a lot of her viewers know, and one such thing is that she has been homeschooled.

Even before she became famous on social media, Brooke’s life was unlike many other kids her age. She had been homeschooled her entire childhood.

In her many videos on TikTok, she has talked about being homeschooled. In one such video, she explains that she has been homeschooled mostly but had few classes outside, so she has little class experience.

Following that video, she replied to one of her followers who asked her the reason behind her homeschooling with another video. In the video, the TikTok star shared that her parents didn’t want her to go to public school.

She said, “my parents didn’t really like the influence of public schools growing up.” She was a part of a homeschool group and hung out with other homeschooled kids.

Brooke comes from a Christian family and is a devoted Christian who has never shied away from her faith.

She never explained her parents’ decision, although it could have been influenced by their religious beliefs, as per TVOM. As a result, she was raised with a solid conservative viewpoint.

While there are many drawbacks to homeschooling, one advantage is that she was able to graduate from high school earlier as a result. She shared in her YouTube video that she was a senior in high school at just 16.

She further explains on her Q/N video that she did not skip any grades, and homeschooling allows you to “move a little faster.”

Brooke monk was not sure about going to college

When Monk was asked about going to college, she replied that she wanted to explore more with Tiktok and be a content creator. She believes college is an investment in self and is “something you should get a significant return on.”

She openly confessed that she has no immediate intentions for the future and does not want to squander time and money by attending college in 2019.

Instead, she wanted to take a year off and consider her possibilities. Monk stated that she might even begin to construct something viable long-term from her social media popularity. And that has worked in her favor.

With such a large following, establishing merchandise lines has become a popular strategy for social media influencers to grow their businesses and foster community among their fans.

The influencer started selling merchandise in early 2020 but has since deleted the link from her Instagram bio. Now she earns from her YouTube and social media accounts through ads and brand endorsement.