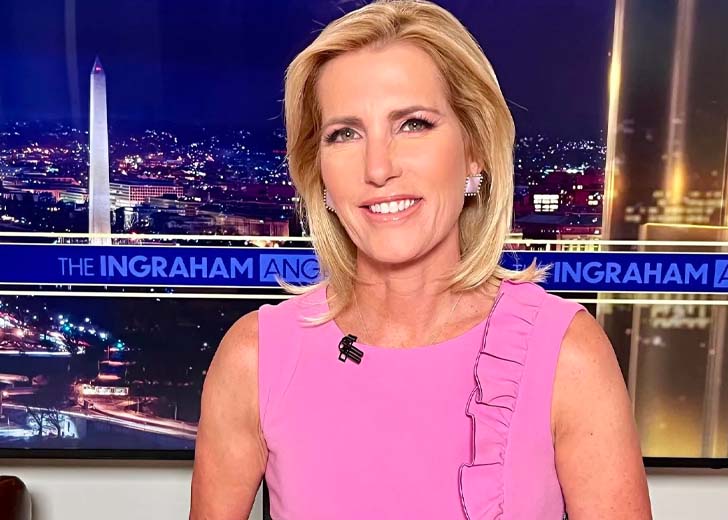 All about Laura Ingraham’s love life!

Laura Ingraham is a well-known American conservative TV host. Since October 2017, she has been serving as the host of Fox News Channel’s The Ingraham Angle. Additionally, she is the editor-in-chief of LifeZette.

Besides that, she used to be the sole host of The Laura Ingraham Show, which aired from 2001 to 2018. It was a three-hour radio show and was one of the United States’ most popular radio shows broadcast.

Likewise, she has formerly worked as a notes editor, speechwriter, judicial clerk, and at a law firm. Ingraham has a B.A. from Dartmouth College (received in 1985) and a Juris Doctor Degree from the University of Virginia School of Law (acquired in 1991).

As Ingraham is a renowned personality among the American people, they have been keen to learn more about her, especially whether or not she has a husband. Here is everything you need to know about her personal life!

Is Laura Ingraham married to a husband?

Ingraham’s marital or relationship status has always been a topic of discussion among many as the television host has always managed to keep these details away from the sights of the media and public.

But the question still remains, does she have a husband? As of this writing, there have been no reports of her being in a marital relationship with a partner. Similarly, she hasn’t given any clue on whether or not she is married.

If not married, then is Ingraham dating a boyfriend? That also doesn’t seem to be true as there has been no such news. And even if she might be dating someone, it wouldn’t be known to the public. One of the main reasons behind it is her privacy.

For now, it could only be said that Ingraham is neither married to a spouse nor dating a boyfriend. Her marital and relationship status is single, and she seems focused on her career more than ever.

Laura Ingraham is a single mother of three children

Although Ingraham might not be married, she doesn’t feel alone as she has the company of her three adopted children. The 59-year-old Glastonbury native has always been vocal about adoption and has supported adoption, mainly international adoption.

Ingraham first adopted her first child, a daughter named Maria Caroline Ingraham, from Guatemala in 2008. During one of her interviews, Ingraham mentioned that adopting Maria was the best thing she had ever done.

Similarly, in one of her speeches in 2008, she said, “I see purpose in the eyes of a beautiful three-year-old little girl whom I spent years attempting to adopt. Last month, I was blessed to fly to Guatemala to finally pick her up and bring her home.”

Ingraham’s remaining two adopted kids are boys from Russia. They were adopted in 2009 and 2011 and are named Nikolai Peter Ingraham and Michael Dmitri Ingraham, respectively.

After adopting her third child, she had written in an op-ed on Today, “Within the last three years, I have adopted three children who are all under the age of six.”

As of now, the family of four happily resides in Washington. Ingraham could occasionally be seen tweeting things that their children say to her. But she also prefers to maintain privacy over her kids and hasn’t shared many details about them.

Ingraham has been in multiple relationships with some high-profile names in the past, and some of them almost ended up in a wedding as well. However, luck wasn’t in her favor, and those relationships didn’t last long.

Ingraham’s first relationship takes us back to her college days when she was dating Dinesh D’Souza — a reputed Indian-American right-wing political commentator. The couple met each other in the early 1980s at Dartmouth University while D’Souza was working on The Dartmouth Review.

As their romance continued, they even got engaged on an undisclosed date. However, their togetherness didn’t last long, and they eventually broke off their engagement. Even after parting ways, the two remained friends.

Besides, when D’Souza was sentenced for campaign finance fraud in 2014, Ingraham was there to support her ex-fiance. She wrote a letter to the judge overseeing his case and mentioned he was one of the finest people she had ever met.

She wrote, “Dinesh is simply one of the finest human beings I have ever met. His generosity of spirit, philanthropy, keen sense of compassion, and devotion to the country is what I hope my own children exhibit when they mature into adults.”

In 1998, Ingraham was briefly dating broadcaster Keith Olbermann. The news of their relationship was only made public a decade later when The New Yorker published a piece about Olbermann in 2008 and mentioned his brief romance with Ingraham.

Other than the mention of their relationship, the outlet provided no further details, such as when and how they met or how long their togetherness lasted. But Olbermann mentioned that his and Ingraham’s opposing beliefs weren’t the reason for their breakup.

He told The New Yorker, “There were a few problems. There were a few things that I could see were going to be impediments. Oddly, they were not political things.” Nonetheless, Ingraham has criticized her ex-boyfriend multiple times for his political opinions. So, their beliefs might have played a part in their split.

Later, in 1999, Ingraham was rumored to be in a romantic relationship with former politician Robert Torricelli. However, these speculations were never proved. In addition, many didn’t believe the rumors as Torricelli is a Democrat and his values differed from Ingraham’s.

In 2005, Ingraham was linked to Lawrence H. Summers, an economist and the former president of Harvard University. The Harvard Crimson was the one to report this news as they wrote, “tabloids were abuzz with rumors of [Robert’s] relationship with conservative radio host Laura Ingraham.”

However, neither Ingraham nor Summers commented on this report. And even if it was true, it seems like they dated for a brief time only and maintained tight privacy around their relationship.

Ingraham and Summers’ relationship is yet to be confirmed, but the former’s relationship with Chicago businessman James V. Reyes isn’t hidden from the world. In April 2005, Ingraham announced that she was engaged to Reyes.

As per reports, the now-formerly engaged couple first met each other on a blind date. However, their togetherness didn’t last well, and they broke off their engagement.

Ingraham announced the news of their split in May 2015 after she underwent successful chemotherapy and surgery for her breast cancer. Since that split, there have been no other reports of Ingraham dating someone.