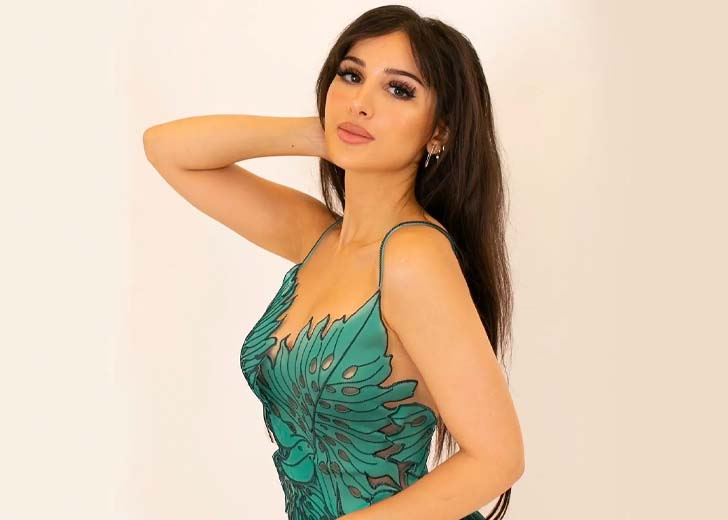 May the departed soul rest in peace.

Alia Marie “Lia” Shelesh, better known as SSSniperWolf, is mourning the loss of one of her siblings.

On Tuesday, August 9, 2022, the English-American YouTuber took to her YouTube channel to make a community tab post where she revealed her sibling’s death.

On her community tab post, she first addressed her 32.5 million subscribers as her friends. She wrote, “Hello friends. I lost lost a sibling a few days ago.”

After that, she mentioned that a person’s life is precious and can be taken away without any prior warning. “Please cherish and love everyone around you while you still can,” she added.

In the end, she stated that she and her family were supposed to be on a family vacation, due to which she already had several pre-recorded videos scheduled to be uploaded. However, after those videos are uploaded, she isn’t sure when the new ones will be uploaded.

Besides this short yet shocking announcement, SSSniperWolf didn’t reveal any other details. As of this writing, the details of the sibling she lost and the cause of death remain unknown. And the YouTuber may be keeping that information private for a while.

The Liverpool native has three siblings, who are all younger than her. Two of them are younger brothers named Bakir and Paul Shelesh, and the remaining one is her younger sister named Ranya Shelesh.

When SSSniperWolf revealed this shocking news, thousands took to the comment section to show their condolences. One of her subscribers wrote, “So sorry for your loss. I can’t even imagine what you and your family are going through. Please be sure to take care of yourself.”

“I can’t imagine going through that. If you need a break to grief, please take it. Don’t feel pressured to post after you run out of prerecorded videos. The wolf pack will always be here for you,” another subscriber showed support for the YouTuber.

Furthermore, one commented, “As I don’t know how your sibling died, I don’t know how to offer my condolences in a way that can be more meaningful, but I want you to know that we are all here for you no matter what, if you need to talk or a shoulder to cry on while we cant be there with you physically we are by your side in spirit. Stay strong Lia we all love you.”

Similarly, the outpouring of condolences and prayers was the same on Instagram after TikTok Insiders broke the news on the platform. Besides, one Instagram user claimed to know who had died among SSSniperWolf’s three younger siblings.

Nonetheless, it is yet to be confirmed who died among her three siblings. Glamour Buff also sends prayers and condolences to the Shelesh family.