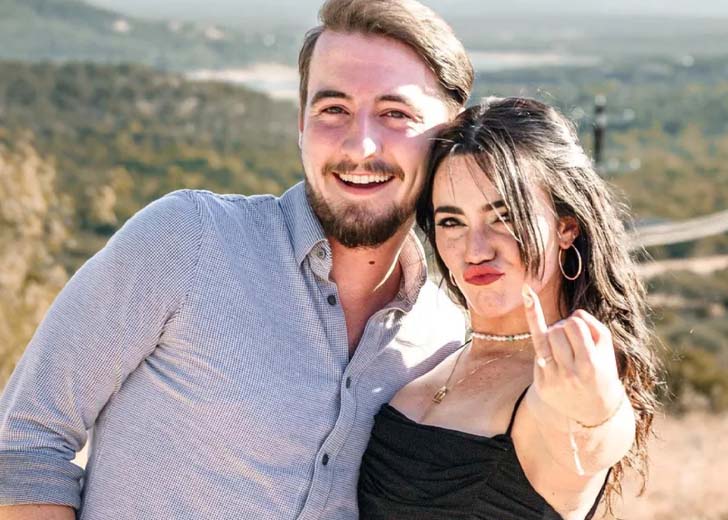 “The easiest yes of my life,” Liana Ramirez says.

Ramirez revealed her boyfriend Fritschle in a YouTube video on July 17, 2022. She also shared a video titled ‘I met a Guy’ on July 4, in which she revealed she has been in a relationship for six years. She has, however, managed to keep her relationship private for many years.

Continue reading to learn more about their engagement and how they first met.

Liana Ramirez got engaged to her boyfriend

Ramirez is engaged to her boyfriend, Stephen Fritschle, on August 2, 2022. According to Fritschle’s Instagram profile, he is a director, editor, and producer.

She revealed their engagement via Instagram. She captioned the photo of Fritschle proposing to her, “The easiest yes of my life. @stephenfritschle, I love you and will always choose you.”

Many of her followers congratulated them after seeing the posts. One of her fans commented, “You and Jentzen are a cute siblings duo. Congratulations, Liana and Stephen.”

Similarly, another person commented, “Congratulations! I’m thrilled for you. You are incredible! I wish you two a happy married life.”

The dancer also has posted a video titled ‘I’m Engaged’ on YouTube, in which her boyfriend explains his plan to propose to her.

He revealed that he has always wanted to propose to Ramirez in Texas because that is where they first met. Similarly, he intended to surprise her with a proposal by calling her to Texas, where their mutual friend was getting married.

Ramirez met her boyfriend on July 4, 2016. She went home for the summer, as she usually does, and some friends invited her to a Fourth of July party. Her friend has a lake house, so she went to the sleigh house.

Later, one of the guys approached her by saying, “I heard you’re an actress.” He told her he had always wanted to work in directing, writing, and filmmaking. They began talking shortly after.

She found that guy to be cute as they started talking. One thing they have in common is that they are both Christians.

They began dating within two weeks of the meeting. However, they also had problems because he lived in Austin and she lived in Los Angeles. So they were in a long-distance relationship and weren’t sure if they wanted to do it.

After weeks of back and forth, they finally decided to live together.

Moreover, in her video, she explained why she had kept their relationship private for a long time. She stated that when you jump into a relationship and post online, you often get people’s opinions immediately, which starts fitting into your mind and can lead to many insecurities.

So they didn’t want other people’s opinions on their relationship, which is why she kept her relationship private.