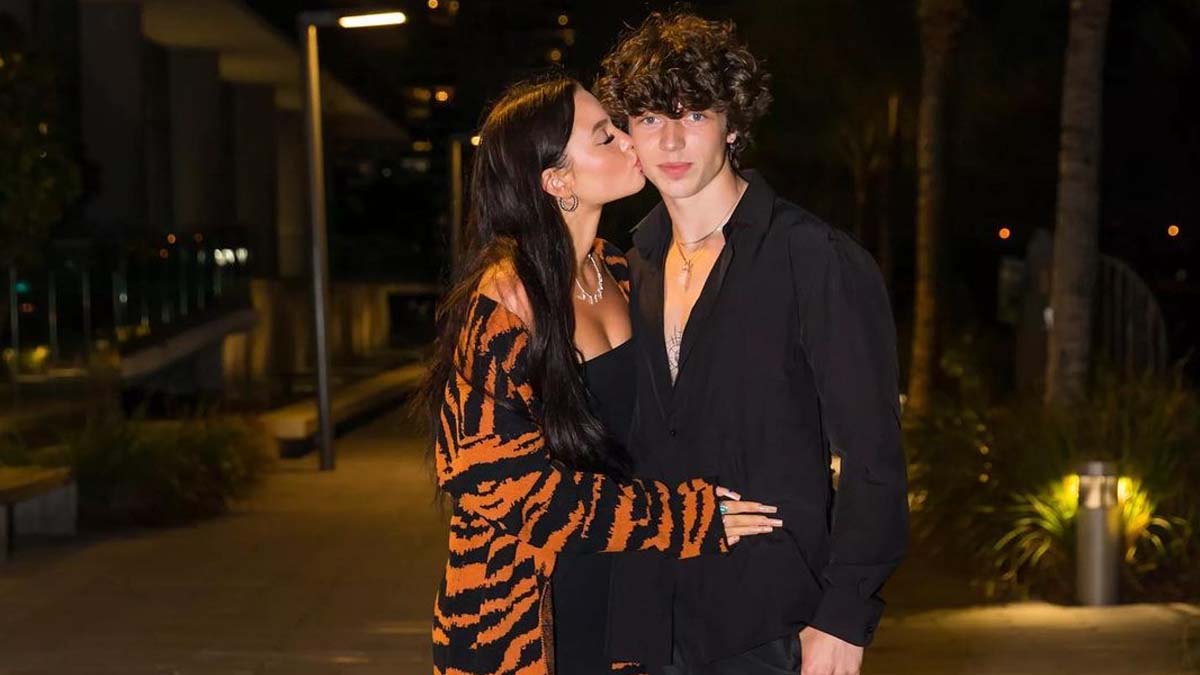 Congrats to the couple!

Congratulations to Peyton on her engagement to boyfriend Vance Randolph!

The TikTok star [itspeytonbabyy on TikTok] and her boyfriend turned fiance had shared four pictures. “Can’t wait to spend the rest of my life with you,” she captioned the post, followed by a heart and fire emoji.

In the first two photos, they were seen sharing a lip kiss. Peyton delivered a kiss on her future husband’s cheeks in the third one. Similarly, in the fourth and last picture, Randolph was seen on his knees holding a small black box with an engagement ring on it.

Peyton’s reaction clearly showed that she wasn’t expecting an engagement proposal from her partner. She accepted his proposal, and they got engaged.

A friend of Peyton had posted a full video of Randolph proposing to her and Peyton accepting his proposal. The clip showed that the couple was having a lovely time at a seashore restaurant with some wine and coconut water before Randolph proposed.

There were people all around the two as they clapped and cheered when Randolph proposed and Peyton accepted the proposal.

Coming back to the duo’s joint Instagram post, several friends and followers had poured in well-wishes for the engaged love birds.

“So happy for you angel. you deserve a life full of love and happiness,” wrote another social media personality.

Similarly, one fan of the TikTok star wrote, “Brb I’ll grab my tissues. I wish you both the best!!”

“CONGRATULATIONS BAE, I love you. you deserve to be truly happy with the one you love,” another fan wrote.

Peyton and Randolph officially started dating a little over six months ago, on October 25, 2021. Although they initially kept their togetherness a secret, the Los Angeles-based fitness model spilled the beans on February 8, 2022, by sharing some PDA-filled pictures with her.

Since then, they have always been together. Less than a week ago, on April 25, the duo completed their six months of togetherness. On that day, Peyton posted a heartwarming video on her TikTok handle where she mentioned some of the things that her boyfriend [now fiance] likes.