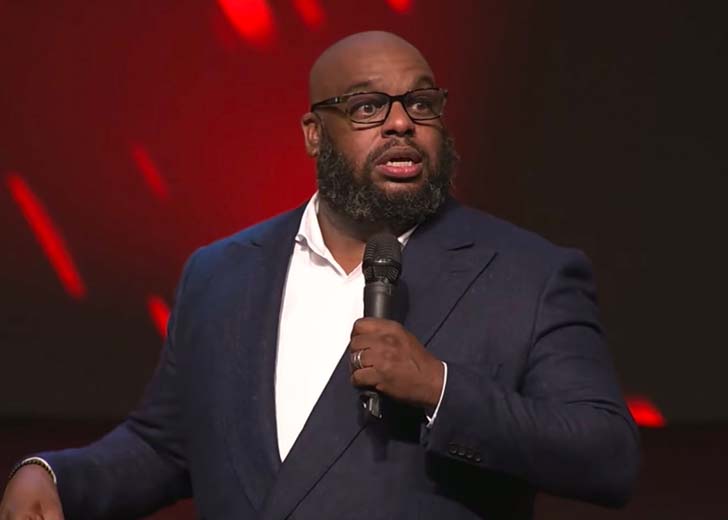 Greenville’s Relentless Church Pastor John Gray is in dire need of prayers from everyone as he is hospitalized with a life-threatening condition.

On Sunday, July 10, 2022, John’s longtime wife, Aventer Gray, took to her Instagram handle to share the heartbreaking news of her husband’s condition. She posted a picture of her holding her spouse’s hands as the pastor lies in the hospital bed.

She started her lengthy caption by addressing her well-wishers and followers and wrote that she and her family stand in need of a miracle. She then asked people to keep her husband in their prayers.

Elaborating on the situation, Aventer wrote that her husband John wasn’t feeling well over the past couple of weeks. And when he went to the ER on Thursday, July 7, he was immediately admitted to the critical care unit.

Doctors found out that the pastor had a Saddle Pulmonary Embolism in his pulmonary artery and blood clots in his lungs. “The Saddle PE is in a position that could potentially end his life if it shifts at all,” Aventer explained the dire condition.

As per the National Library of Medicine, a “Saddle Pulmonary Embolism (SPE) is a rare type of acute pulmonary embolism (PE) that can lead to sudden hemodynamic collapse and death. And a diagnosis of SPE suggests the possibility of hemodynamic instability.”

Aventer continued explaining the situation and wrote, “The clot burden is severe, and only God is holding it in place. He is currently in CCU, and based on CT & Echo; we will need two types of surgery due to the pressure now on the heart within the next 24 hours.”

She then stated that doctors have witnessed these types of cases multiple times and that “people have come into the hospital dead with this exact scenario he [John] walked in with.”

“The Doctor said God has to keep him through the night, and he can not move, not even get up to walk to a bathroom. Ok, COOL! Thanks ma’am! God isn’t done! I don’t care what CT, ECHO, All, or any of the tests show! It’s clear God isn’t finished. Clots have to bow to my God! That’s all!”

Aventer again addressed her well-wishers and asked the people who believe in the miracle healing power of Jesus Christ to join her, her family, and their church as “we cry out on behalf of John W. Gray III.” “I’m rocking with God, Relentlessly!” she added.

In the end, she thanked the members of Relentless Greenville, Relentless Atlanta, and Lakewood Church who showed up either physically or reached out virtually moments after they heard the condition of Pastor John. “We love you all!” she concluded.

Since Aventer shared the news about her husband’s condition, her post has been filled with well-wishes and support from many people, including celebrities, faith leaders, and fellow members of John’s congregation.

Actor and R&B singer Tyrese Gibson was one of them as he posted a picture of his newborn daughter being held by Pastor John. Gibson wrote a lengthy caption and asked for help from God and prayers for John from his followers. We also pray for John’s speedy recovery.

John Gray with his wife, Aventer Gray, and their children (Photo: Instagram)

Pastor John came to Greenville in 2018 after serving as an associate pastor under megachurch leader Joel Osteen in Houston, Texas. He took over the Redemption Church congregation and buildings and changed the church to Relentless Church.

The change from Redemption Church to Relentless Church came after Redemption pastor Ron Carpenter announced that he was shifting his ministry to California.

John and Aventer Gray are reported to be married for over a decade. In their marriage, the couple has been blessed with two children; a son named John W. Gray IV and a daughter named Theory Aspyn-Sky Gray.