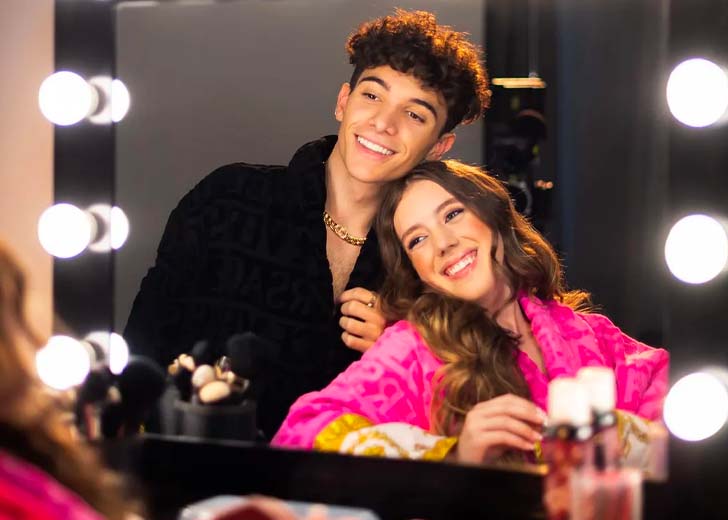 Symonne Harrison and Nick Bencivengo have kept the reason for their break up private.

On July 10, 2022, Symonne Harrison and Nick Bencivengo announced their break up on YouTube. While the pair did not specify why they split up, they stated that things were good.

The couple had been working together for a long time and had always been open about their relationship.

But now, Harrison became the first to break the silence on the break up.

Following that, Bencivengo stepped forward and explained what was going on in his mind. They both posted videos on their respective YouTube channels describing the situation.

In her July 9 video, Harrison claimed that she and Bencivengo had split up a week before the video release. And throughout the video, she teared up and reflected on some of the couple’s favorite relationship moments.

The social media star revealed that the breakup was difficult because Bencivengo was the first person she called whether something great or sad happened in her life. According to her statements, the couple does not appear to be speaking at the time.

She quoted the video, “This was the hardest video I have ever had to film. This is a very difficult time for me, and I’m thankful to have such amazing friends and family who have helped me through this difficult time. I love all of you so so much.”

While Bencivengo did not appear in the video, he did issue his own statement explaining his side of the tale and confirming their break up a couple of hours after Harrison, on July 10, 2022.

The YouTuber also said that he and Symonne hadn’t seen one other since their break up. While neither Symonne nor Nick revealed why they split up, he did affirm that there had been no drama quoting:

I’m a mess right now, but I wanted to set up my phone & talk to you guys for a bit about me & Symonne’s breakup. Love you all.

He said he just cared for Harrison and hoped she would be happy. He kept the cause of the break up confidential to avoid disclosing too much information about his personal life.

Nick and Harrison announced that the arranged meet and greet would no longer occur. In their individual videos, the duo apologized to their followers while thanking them for their unwavering support.

Prior to their break up, the pair had been dating for eight months and publicly announced their engagement in November 2021 on Instagram.

“#snick is official,” Harrison captioned the picture. “11/23 I’m the luckiest girl to have the most amazing boyfriend.

The TikTok star had also uploaded a video on YouTube called “We got engaged.” He shared the moment he got down on one knee to the couple in Las Vegas. Even though many thought the couple was too young, fans reacted enthusiastically to their engagement.

Bencivengo recognized his age but said he thought it was “the appropriate moment” to go forward with the engagement.