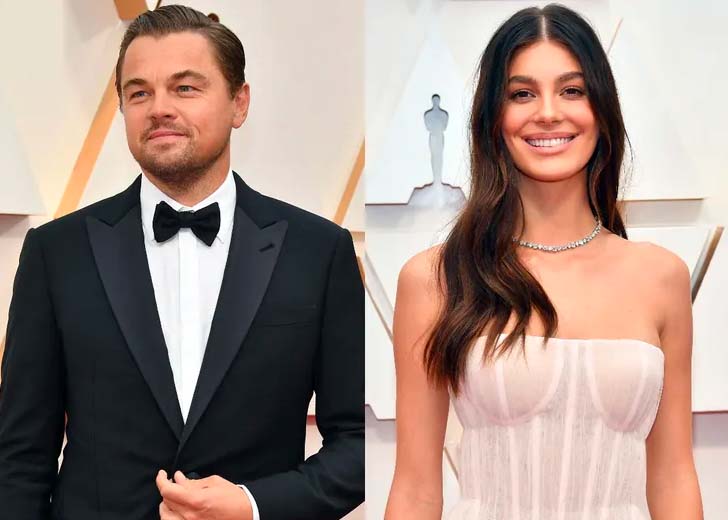 Leonardo DiCaprio is notorious for keeping his personal life secret, and his relationship with his girlfriend, Camila Morrone, is no exception.

As a result, there are many speculations — about if the pair are still together and still dating or if they have split because of a break up.

The actor and model have been dating since December 2017, when DiCaprio was seen leaving Morrone’s house. While they are occasionally spotted running errands or going on vacation together, the pair has seldom mentioned their relationship publicly.

Despite the public’s curiosity about their affair, DiCaprio and Morrone have taken various measures to keep it discreet. But now, many are speculating that the pair have broken up.

And Deuxmoi is there to report the alleged split.

Is Leonardo DiCaprio still together with Camila Morrone?

The rumors of DiCaprio and Morrone’s break up have been going on for a while. Deuxmoi has been discussing the split for quite some time but claiming that the pair might still be dating.

Deuxmoi is an Instagram gossip page that reports on the hot news regarding celebrities they receive from various sources. Most of the time, their reports have come true.

Deuxmoi discussed if Leonardo DiCaprio and his girlfriend Camila Morrone are still dating or have split. (Instagram: Deuxmoi’s IG Stories)

In June 2022, they posted a story claiming that they had heard that DiCaprio and Morrone were not together. Then, they discussed it in their podcast on June 16, 2022.

The duo was last seen strolling on a Malibu beach together in May. However, according to Just Jared, the pair celebrated the fourth of July together in Malibu.

Regardless, various reports said the pair broke up after Morrone turned 25 in June.

According to Deuxmoi, DiCaprio had been living at Sandra Bullocks’ house in New Orleans, where he would allegedly bring ladies back to party with him.

They explained in the episode before relaying the message: “He was just there this past spring, and somebody listened to the podcast last week, and they sent in the following DM.”

The DM was sent by a college student in New Orleans who claimed that the actor had a guy who would come to their campus bar. Then the guy would invite girls over to Bullock’s house.

They went on to state that DiCaprio would take the girls’ phones because they weren’t permitted to take photographs. However, the Don’t Look Up actor hooking up with a girl in that house was well known to all the people present there.

After getting the news from “a very reputable source,” Deuxmoi claimed that DiCaprio and Morrone had split up.

On August 23, 2022, Deuxmoi posted an updated story regarding the duo. They answered a Q/A which asked if DiCaprio and Morrone were still dating.

The Instagram page said that they predicted the pair had split, but the last time they did so, the two were photographed together. However, their latest gossip claimed that the couple had broken up.

Leonardo DiCaprio and Camila Morrone’s break up was confirmed by a source. (Instagram: Deuxmoi’s IG Stories)

The update was sent by a person who wished to stay anonymous. They claimed that The Great Gatsby star was staying at his friend’s place so that Morrone could move her things out of his place.

They added that DiCaprio was with Gigi last night. They did not clarify which Gigi they were talking about, but it seemed like it was Gigi Hadid.

This is because, previously, various reports claimed that Hadid and DiCaprio were seen flirting and partying. However, until either party claims their relationship, nothing can be said for sure.