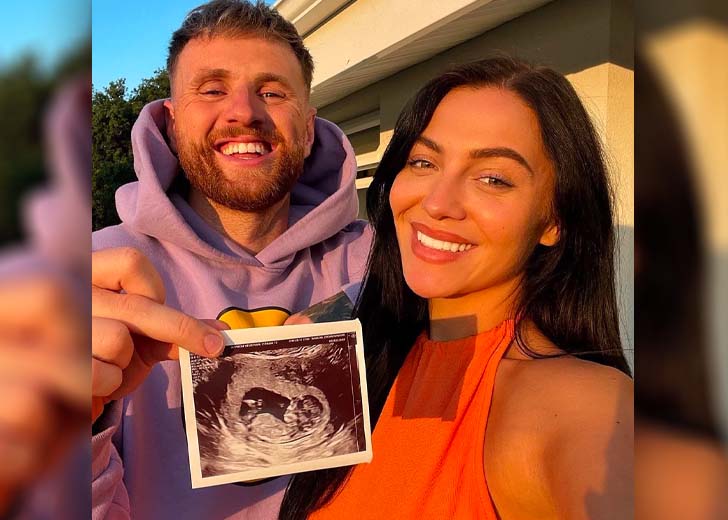 Prankster Kristen Hanby is going to be a dad for the first time.

On July 24, 2022, the YouTube star took to Instagram to share the exciting news with his followers on social media. He revealed that he and his girlfriend, Jasmine Brownsword, were expecting their first baby.

“SO….. IM GOING TO BE A DAD!! unexpected but very excited!!!” he captioned the post, which also had a video of Hanby jumping around with joy.

In the video, he showed the sonography picture of his baby and screamed, “Mini me.”

In the same post, the social media star also added a picture of him and his girlfriend Brownsword, as they posed with the same sonography picture.

While that was the reaction from Hanby, the soon-to-be mother Brownsword also shared her excitement on her social media. She similarly posted a couple of pictures of them, writing, “Mom & Dad…The best gift ever..baby hanby due 2023.”

Her caption clearly implied that she would be giving birth to the couple’s first baby in 2023.

The exciting news soon made the rounds, resulting in many celebrities and fans dropping congratulatory messages.

“Let’s goooo I just joined the club a month ago. Congrats brother!” musician Pauly Long, who recently became a father himself, added.

Since Hanby is known for his pranks, one of his fans even implied that it might be the “best news ever or the greatest prank ever.” The fan added, “Whichever it is, congratulations!”

But Brownsword made sure fans knew the truth — and that is they are actually pregnant. She posted a story sometime after the announcement, showing the pregnancy kit.

In the story, she shared that the news had been a secret for a very long time, as the couple hadn’t told it to anyone, including their family.

“It feels illegal to actually share it on my Instagram because it’s been a secret for SO long,” she wrote. “We didn’t tell my family until last week.”

Hanby’s girlfriend continued to explain that the two had decided not to share the news with anyone until she “hit 12 weeks.”

She added, “I was pregnant for 3 months and my family had no idea apart from @raquelbrownsword who helped me hide it.”

For those who didn’t know, Hanby and his girlfriend Brownsword have been dating each other for over four years. In May 2021, they celebrated their three-year dating anniversary, too.

And over these years, the couple has entertained the fans with their prank videos on YouTube.