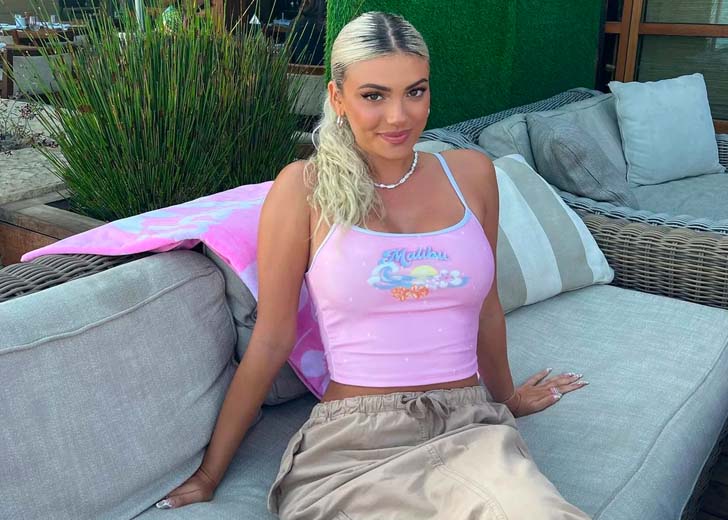 Kelsey Calemine is an LA-based influencer and Instagram star who is known as @fatherkels to her 2.7 million fans. She gained popularity within a very short amount of time for her charming and stunning looks.

But behind her charming looks is another face buried inside. Her old racist posts resurfaced where she used the n-word and belittled Asians.

Calemine’s racist past reappeared again when an Instagram account under @problematicfame posted various stories of Calemine where she was being racist. The Instagram stories began by, “alright, now that I’m home let’s unpack. For context, I’m going to have to repost the history of @fatherkels racist harassment and more.”

In one of the revelations, when a user asked Calemine, saying “How do you talk to a guy that you kinda like but you’re scared of what he will think of you.” Responding to that, she said, “be like hey n**** I like you.”

In another revelation, she was also seen harassing a stranger online, using racial slurs against him.

Calemine also made some homophobic comments which said, “I just caught Jackson using some of my foundation such a fag.”

She even called her black friend a “slave.” The exact words were, “shes my slave get it bc shes black.”

“I am the only white person her I am uncomfortable,” “I am laughing so hard some black guy just came up to me at Church and called me pretty help,” and “Why is there a small Mexican boy in my backyard” are some of the tweets Calemine tweeted in her old account which clearly shows racism and stereotyping.

Calemine with a stranger during Omegle chat. (Source: Instagram)

In December 2020, she deleted comments asking her to address her racism. Later, on December 22, 2020, she apologized for her behavior saying, “The reason I haven’t addressed this sooner is because I’m ashamed and disgusted with myself that I could ever think the things I said were okay.”

She also added, “I did not want to bring it up and possibly hurt more people that have not already seen it but I think it is important for me to clear this up and express how sorry I am.”

The apology said that she was only 12/13 years old, but as per @problematicfame, she lied as she was, in fact, a 16-year-old making blatantly racist and horrific comments.

Calemine was born on January 14, 1999, in Los Angeles, United States. She is an influencer and constantly posts on her Instagram account. Her beauty is the primary reason behind her popularity and social media stardom.

She is also available on TikTok under the same username as her Instagram. The influencer also has an OnlyFans account.

Is Discovery's 'Expedition Unknown' Canceled? Some FAQs about the Show Answered